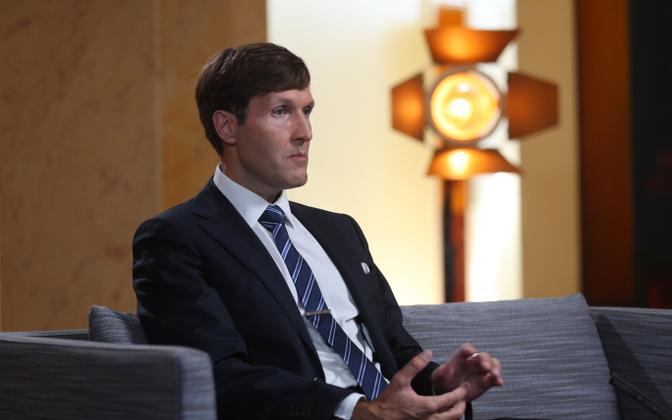 Former finance minister, Conservative People’s Party (EKRE) leader Martin Helme says that inflation slowing down in the near future is unlikely and that the government should help mitigate the blow of electricity price hikes by lowering both the excise duty and transmission fees.

Helme says that Minister of Finance Keit Pentus-Rosimannus (Reform) is still talking about the need to cut €50 million, which he describes as insensible. “Talking about structural changes, the idea of ordering ministries to cut costs by a certain amount is for them to find the least essential expenses and take money away from there. But it has never worked like that in real life. Usually, the ministry finds the most publicly irritating expenses line and states that cutting is impossible,” Helme said.

“We will only see inside the budget once it is handed over to the Riigikogu next week. It seems to me that the budget can be summed up as a political agreement where Center got continued salary advance in certain sectors, as well as some excise duty cuts, and the Reform Party gets to keep talking about austerity,” the opposition leader said.

Helme said that forecasts suggesting inflation will slow down are likely inaccurate. He said that inflation picking up speed is the result of the economy recovering from the coronavirus crisis but mainly monetary and fiscal policy.

“It is possible inflation could move into the double digits, which would cause very serious pressure on salaries, also in the private sector. Inflation is good at first, with turnover of money and relevant figures picking up speed and manifesting in revenue. But it will soon start to have the opposite effect,” Helme said.

The politician said that quantitative easing that has followed the coronavirus crisis has been far greater than what we saw after the previous financial crisis. “What is more, it has not been channeled into financial institutions but directly into the economy. And it has yielded a more sudden and immediate effect. We do not control European Central Bank monetary policy or the fiscal policies of other countries,” he added.