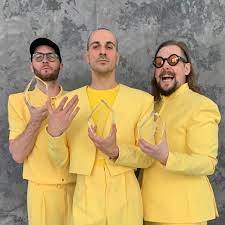 Polling by Delfi reveals that just under half of Lithuanians think that The Roop can beat LT United’s placement at Eurovision.

Lithuania currently sits as eighth favourite to win the Eurovision Song Contest 2021 in Rotterdam, this comes in contrast to their placement as favourite with the bookmakers at the end of January and beginning of February.

The Roop will be performing in the first Semi-Final in Rotterdam on May 18th.