Government agrees on 2022 budget in Estonia 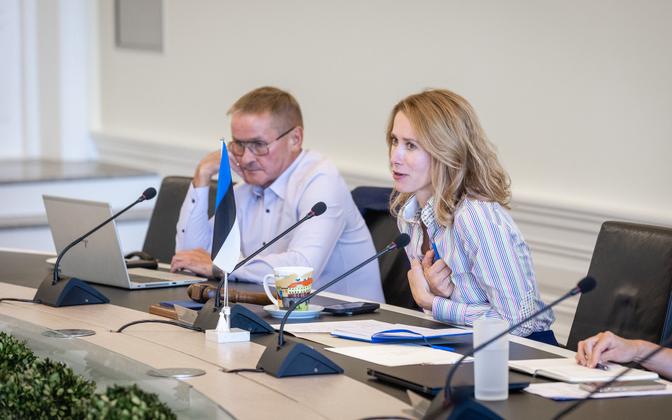 Members of the government reached an agreement in principle on the state budget for next year, the Government Office communicated on Thursday.

“The state budget for next year is dedicated to keeping our people safe and can also be considered a strategy for preparing Estonia for the future. This is a budget for the whole of Estonia, where the priorities are a safe and educated population and a strong and protected country,” Prime Minister Kaja Kallas said, outlining three main directions.

The PM said that the 2022 budget aims to bring finances under control, among other things, by way of implementing the state reform. Salaries of teachers, rescuers and police officers will be hiked and invisible victims of the pandemic supported that includes contributing to mental health and making sure educational gaps from distance learning are leveled. “In addition, we will create a family mediation system so that there are fewer children from broken families. We will also increase pensions and support for pensioners living alone,” the PM said. The third major priority is focusing on the rapid and sustainable long-term development of Estonia. For this, we will allocate additional money for the development of the Estonian-language education system. Public funding for research and development will increase and will be 1 percent of GDP. “We will also increase the defensive capacity of Estonia,” Kallas added.

Minister of Public Administration Jaak Aab (Center) highlighted decisions to cancel planned excise duty hikes. “We reached an agreement to cancel the excise duty increases planned for next year and to take measures to curb the excessive growth of excise duties in the coming years,” he said. Aab added that the government will contribute €265 million toward keeping duties low and thereby supporting Estonian households and business.

The public administration minister also said that various special and thematic plans will be continued and initiated, including the Tallinn Ring Railway project and the Suur Strait bridge. “Through fast and safe transport infrastructure, we can increase the mobility opportunities of people and support efficient logistics, which will increase the competitiveness of both the regions and the Estonian economy,” added Aab.

Minister of Finance Keit Pentus-Rosimannus (Reform) said that the increase in expenditures in the state budget is under control and the deficit is decreasing. The state is tackling the most painful concerns and investing in the future while giving as little impetus as possible to price increases. We are showing that good and necessary things can also be done while being financially responsible.”