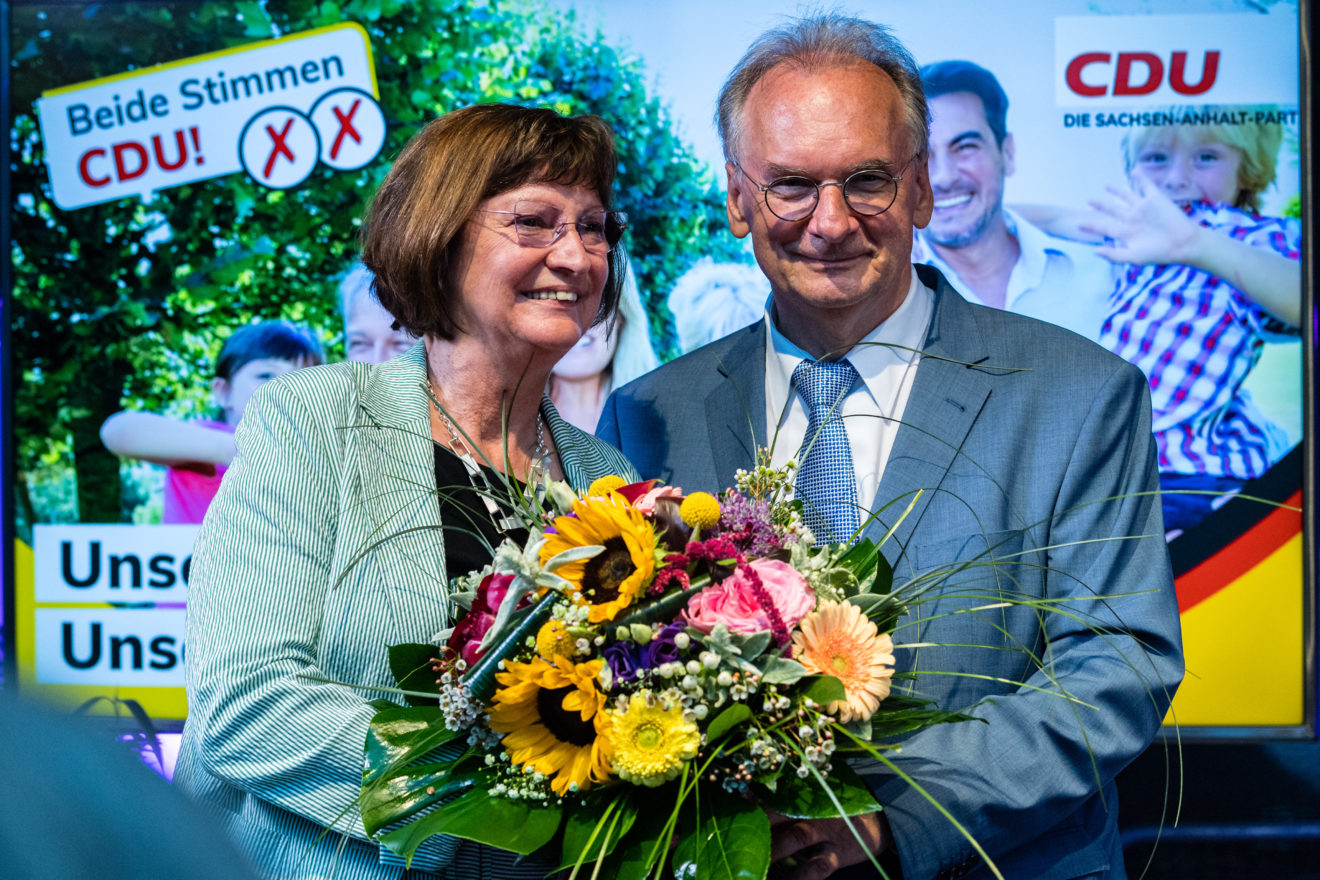 The center-right Christian Democrats (CDU) won 37.1 percent of the vote in Sunday’s state election in Saxony-Anhalt, according to preliminary results, relegating the far-right Alternative for Germany party (AfD) to a distant second with 20.8 percent.

That means that CDU is all but certain to retain control of the state in coalition with smaller parties.

The win will likely squash fears that the CDU is vulnerable on its right flank in the wake of a caustic battle for the chancellor candidacy in April that some feared would divide the conservative bloc in the run-up to September’s election. It also provided a substantial boost to the CDU’s new leader, Armin Laschet, who is running to succeed Angela Merkel and extend his party’s 16-year hold on power.

The CDU has slipped in national polls in recent months as many voters flirted with the idea of voting for the Greens. The ecological party has pulled even with the CDU and its Bavarian sister party, the Christian Social Union (CSU), in many polls, suggesting that it has a chance of leading Germany’s next government. The CDU is also under attack from the AfD, especially in former East German states, where the xenophobic party is especially strong.

An eastern state with fewer than 2 million voters, Saxony-Anhalt doesn’t normally have much impact on Germany’s national politics. But this year, the timing of the state’s election made it something of a bellwether, as it marked the last time Germans will go to the polls before selecting a new federal government and a successor to Merkel on September 26.

In the run-up to election day, the AfD was neck and neck with the CDU in many polls, raising the possibility that the anti-immigrant party might win its first state.

Instead, that prospect appears to have driven voters to back incumbent state premier Reiner Haseloff of the CDU. Haseloff, who has governed the state since 2011, recorded his strongest result yet on Sunday.

“I’m grateful to all of our citizens that a really substantial majority chose democracy and drew a line between us and the right, preserving our image as democrats,” Haseloff said in an interview with German public television.

Most observers attributed the CDU’s win to Haseloff’s personal popularity. Even so, the victory was also good news for Laschet, who campaigned for Haseloff in the state even though the state premier had supported Laschet’s rival, Bavarian leader Markus Söder, in the race to become the conservative bloc’s candidate for chancellor.

A CDU defeat in Saxony-Anhalt at the hands of the AfD would have been an unmitigated disaster for Laschet and renewed questions about his suitability as a candidate to lead the country.

Although the AfD, which in Saxony-Anhalt has a reputation for particularly extremist views, still won about a fifth of the vote — roughly double the roughly 10 percent the party receives in national polls — the result was below what the party received in the last election in 2016, with a loss of 3.4 percentage points.