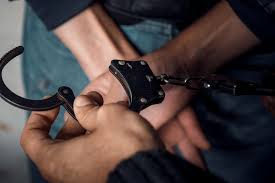 According to Deutsche Welle, Germany has recalled four soldiers serving in a NATO contingent in Lithuania over suspected sexual harassment and singing anti-Semitic songs.

The four soldiers, who are serving in the NATO Enhanced Forward Presence (eFP), are suspected of involvement in sexual harassment, singing anti-Semitic and radical right-wing songs. The suspected incident occurred in late April in a hotel, according to the magazine Der Spiegel. One of the soldiers reported it to his superiors in June.

Several soldiers are considered victims of the incident, according to Deutsche Welle, one of them required psychological help and was sent back to Germany.

German MP Alexander Müller has been quoted as saying that the mistakes of individual soldiers are inexcusable and require “disciplinary investigation”. However, he said, the incident should not throw shade on the entire contingent.

The NATO Enhanced Forward Presence mission has been deployed on a rotational basis in the three Baltic countries and Poland in the wake of Russia’s annexation of Crimea in 2014. Germany was given command of a battalion of 1,000 soldiers in Lithuania.