Gabrielius Landsbergis is to restrict political appointments to diplomatic service 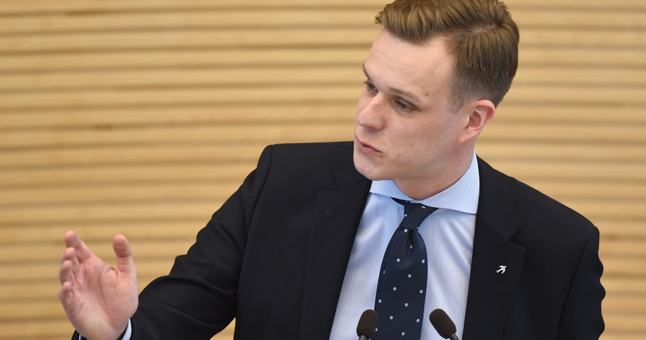 Lithuanian Foreign Minister Gabrielius Landsbergis has drafted legislative amendments, which, according to him, will limit possibilities to make political appointments to the diplomatic service.

Landsbergis has proposed to delete a provision governing the minister’s right to appoint chargés d’affaires, consuls and minister-counsellors if those persons do not have a diplomatic service contract concluded before such an appointment. The minister has also proposed to give up a provision governing the conclusion of a diplomatic service contract with vice-ministers. According to Landsbergis, the existing arrangements enabled the foreign minister to make political appointments to the diplomatic service skipping a competition and other requirements provided by law for statutory diplomats. In his view, such appointments breached legitimate career expectations of statutory diplomats, led to discriminatory regulation and affected the transparency and prestige of diplomatic service.

Landsbergis does not amend the procedure for appointing ambassadors, however. Last week, he told BNS that this procedure could not be revised, given that it was established in the Constitution. He also said that he would consider a possibility to open up the diplomat attestation commission by, for instance, inviting representatives of one or another higher school to the panel.