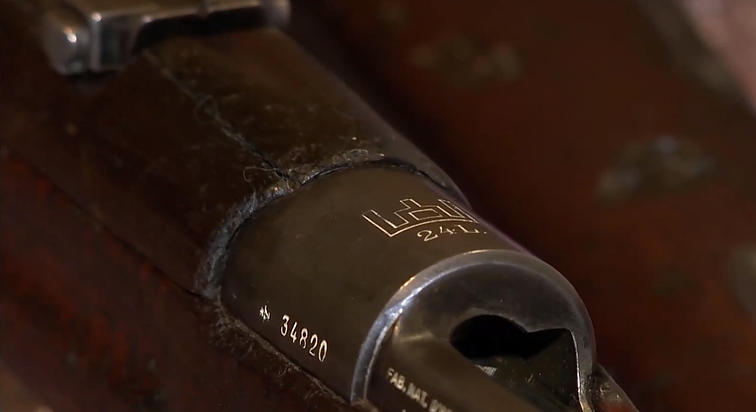 Henry Gaidis, a former FBI agent of Lithuanian roots, has donated to the National Museum in Vilnius a unique collection of weapons, as well as various archives of the country’s diaspora in the United States.

Henry Gaidis, a former FBI agent of Lithuanian roots, has donated to the National Museum in Vilnius a unique collection of weapons, as well as various archives of the country’s diaspora in the United States.

The National Museum has taken over the collection that includes Lithuanian soldiers’ weapons dating back to the 18th century, as well as expatriates’ archives.

Gaidis, from Baltimore, has spent his entire professional career in the Federal Bureau of Investigation (FBI). Throughout his life, he also accumulated a wide selection of weapons, war awards, documents, and historical coins and money.

According to Gaidis, his passion for collecting comes from childhood. In the US, his parents owned bars, where he often met soldiers sharing various war souvenirs. He was inspired to collect Lithuanian armaments after he learned that his Polish friend was collecting his country’s weapons.

Other impressive items also include other weapons, awards, and uniforms of Lithuanian soldiers that served in Australia, France, Russia, and other countries. The collection also includes weapons from interwar Lithuania, which were seized by the Soviets, handed over or sold to China, and then subsequently ended up in North Korea. US soldiers returning from the 1950s war in Korea brought them back as trophies, which were then acquired by Gaidis, according to Bučys.

“These are unique exhibits. At least some of them could not be found in any other museum,” he added.

A flag of warship President Smetona, the only vessel of Lithuania’s interwar navy, is also in the collection.

The captain of ship Povilas Labanauskas worked at the Voice of America radio station in the US and gifted the flag to Gaidis, who also kept the show’s recordings.

According to the National Museum representatives, Gaidis gathered documents about the Lithuanian diaspora in the US, which make up an equally important part of the collection.

The entire selection was packed into around 60 boxes for transfer to Lithuania arranged by the Lithuanian Embassy in the US.