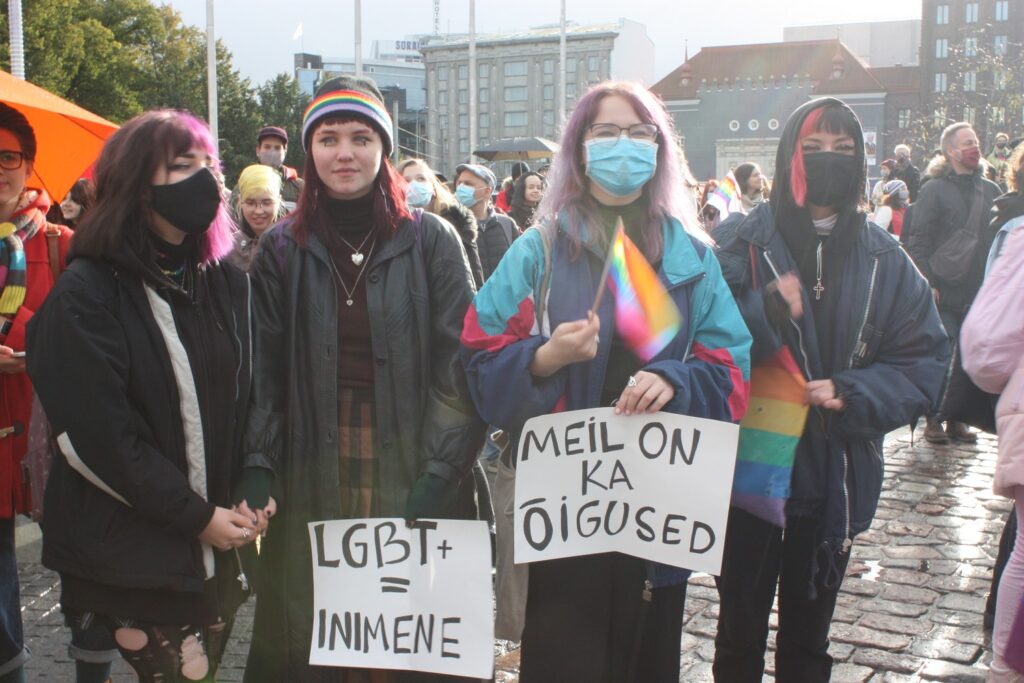 Freedom House, a US-based human rights organisation, has in its Freedom in the World 2021 index given Estonia the freedom score of 94 out of 100 and declared the country as “free”; the index, however, lists a plethora of issues that are wrong in the country.
According to Freedom House, Estonia’s democratic institutions are generally strong and both political rights and civil liberties are widely respected.

However, the report says, more than five per cent of “the population remains stateless and cannot participate in national elections” – pointing to the mainly Russian-speaking people who are citizens of no country and have been issued an alien’s passport.

“Corruption is a persistent challenge, as is discrimination against ethnic Russians, Roma, LGBT+ people and others. Far-right and euroskeptic forces have becoming increasingly vocal in Estonian politics in recent years,” the Freedom in the World 2021 index also notes.

According to the report, one of the issues on the LGBT+ people’s rights in 2020 was the fact that the far-right, populist Estonian Conservative People’s Party – then part of the government – proposed to organise a referendum that would ask voters to support a constitutional amendment defining marriage as a union between a man and a woman, effectively restricting the rights of same-sex couples.

One of the highest homicide rates in the EU
This referendum, however, never took place, because the coalition the Estonian Conservative People’s Party was part of, collapsed in the beginning of 2021 and a new coalition – comprised of the classical-liberal Reform Party and the centre-left Centre Party – took office in January and scrapped the referendum plans.

Another aspect that hurt Estonia in 2020, according to the index, was multiple ministerial resignations that tested the durability of the coalition. The continued controversial statements by the representatives of the Estonian Conservative People’s Party representatives was another test for the coalition.

“One of the party’s leaders, Mart Helme, resigned as interior minister in November after a radio broadcast in which he verbally attacked US president-elect Joseph Biden and the validity of his victory,” the report points out.

The report also notes that while Estonians generally enjoy physical security, the country’s steadily declining intentional homicide rate remains one of the highest in the EU.

The report also says “there have been reports of law enforcement officials using excessive force when arresting suspects”. “Some inmates reportedly have inadequate access to health care. Estonia has a relatively high incarceration rate, with about 184 people per 100,000 residents in prisons as of 2020.”

“The constitution and laws provide broad safeguards against discrimination based on race, gender, language, sexual orientation, and other such categories. However, Russian-speaking residents continue to face societal discrimination, and some statutes lack robust protections against such bias,” the index asserts. “The Equal Treatment Act, for example, does not consider Estonian linguistic requirements for public officials to be discriminatory.”

No same-sex marriage
“Gender discrimination is also a problem, particularly in employment. Women in Estonia earn on average 21.7 per cent less than men, according to 2019 Eurostat data; while the gap has declined, it remains the highest among EU countries. Roma face employment discrimination and disparities in educational outcomes.”

The report also says the “rhetoric and ideological beliefs of many active Estonian Conservative People’s Party members have raised the prominence of hostile and extremist views toward the Jewish community, LGBT+ people, and Muslims, as well as other marginalised groups”.

While individual freedom on personal status issues such as marriage and divorce is generally upheld, same-sex marriage is not recognised in Estonia. “At the end of 2020, the parliament had yet to adopt necessary amendments for the implementation of a 2014 law permitting same-sex civil unions.”

Gender-based violence, including domestic violence, remains a serious problem. Reports of domestic violence to police increased dramatically during the pandemic in 2020, and at the same time victims were less able to report the crimes promptly. Cases resulting in serious injuries and deaths also increased,” the Freedom House report notes.

Nordic countries all score higher than Estonia
With its 94/100 score, Estonia is in an honourable company as countries like Germany, Taiwan, Iceland and Cyprus share the same score.

All the Nordic countries, however, score significantly higher, with Finland, Norway and Sweden at the top of the index with a 100/100 score and Denmark with 97/100. Other countries ahead of Estonia include the Netherlands, New Zealand, Uruguay, Canada, Australia, Ireland, Luxembourg, Belgium, Japan, Portugal, Switzerland, Barbados and Slovenia.

The least free countries, according to the index, are Tibet and Syria, both with the score of 1/100, followed by Turkmenistan, Eritrea and South Sudan (2/100).

Freedom House is a non-profit non-governmental organisation that conducts research and advocacy on democracy, political freedom and human rights. Freedom in the World is the organisation’s yearly survey and report that measures the degree of civil liberties and political rights in every nation and significant related and disputed territories around the world.