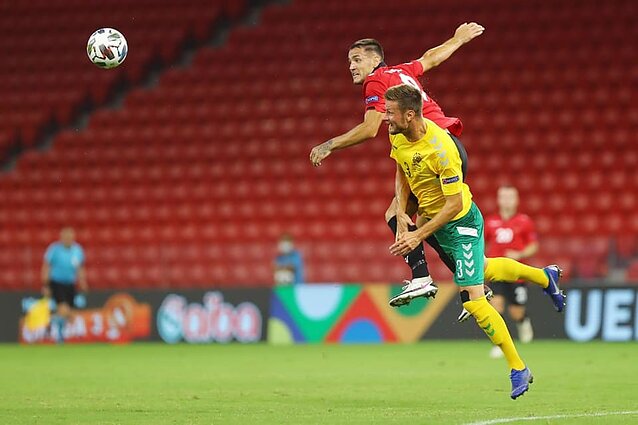 On Monday, Lithuania’s national football team ended a four-year losing streak after a 1:0 win against Albania in the UEFA Nations League.

Donatas Kazlauskas scored the winning goal at the beginning of the second half.

All four teams – Albania, Belarus, Kazakhstan, and Lithuania – have each three points in Group 4 of the UEFA Nations League C. Lithuania lost to Kazakhstan 0:2 last Friday, and will face Belarus on October 11.