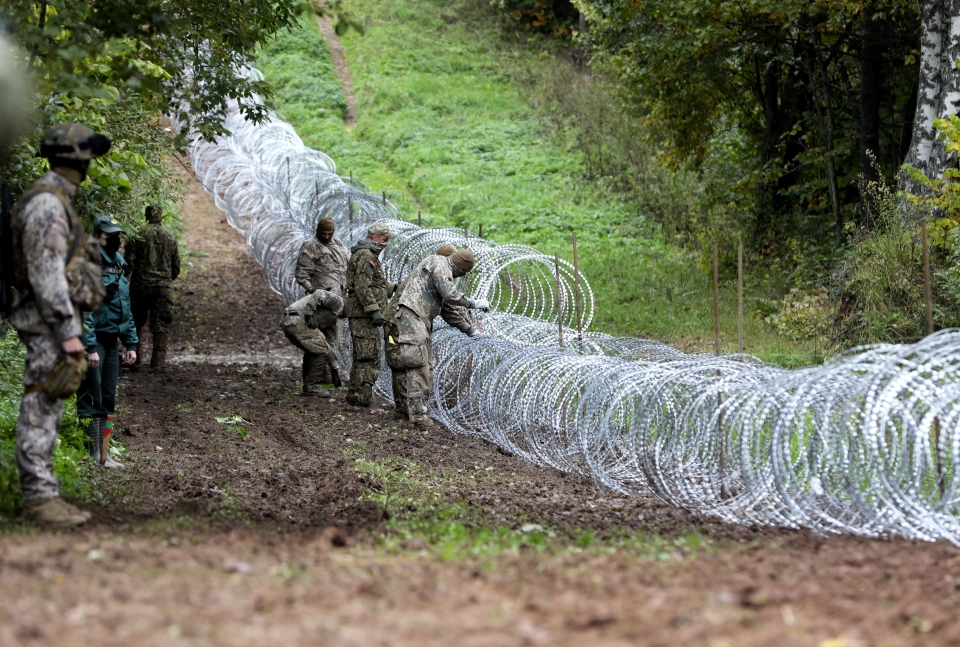 Nearly seven weeks after the state of emergency in the border area was announced, the first section of the fence has been erected, Latvian Television reported September 28.

The first section was made built out of the 5 kilometer long barbed wire gifted to Latvia by Slovenia early September. It was installed in several layers and covers only 1.7 kilometers in length, which is not exactly what the Border Guard had hoped for.

“As soon as we are able to see a more serious fence, then this one will be removed. The material of this temporary fence will go back to the armed forces in the future,“ said Defence Minister Artis Pabriks.

The defense sector has identified a company that will supply another 37 kilometers of barbed wire.

“The Provision State Agency is currently dealing with the signing of the contract, provided that the company can supply the required amount of barbed wire within 15 days. This is not all, we will have to announce a further price contest to cover the remaining kilometers, but we will be able to start work as soon as the first portion is delivered,” said the Minister for the Interior, Marija Golubeva.

“There is a very high demand for barbed wire in the market at the moment, as three countries try to secure their borders with this temporary fence at the same time. It also happens that entrepreneurs, though promising to deliver, don’t always deliver in time,” Golubeva added.

On Tuesday, the first stage of the temporary fence was installed in Krāslava county. This is where the most border offenders have crossed the border, approximately 500, the Chief of the State Border Guard Guntis Pujāts estimated.

The Border Guard shall continue to be assisted by the National Guard and the State Police. Additional resources will no longer be needed only when a fence is with various technical aids is built.