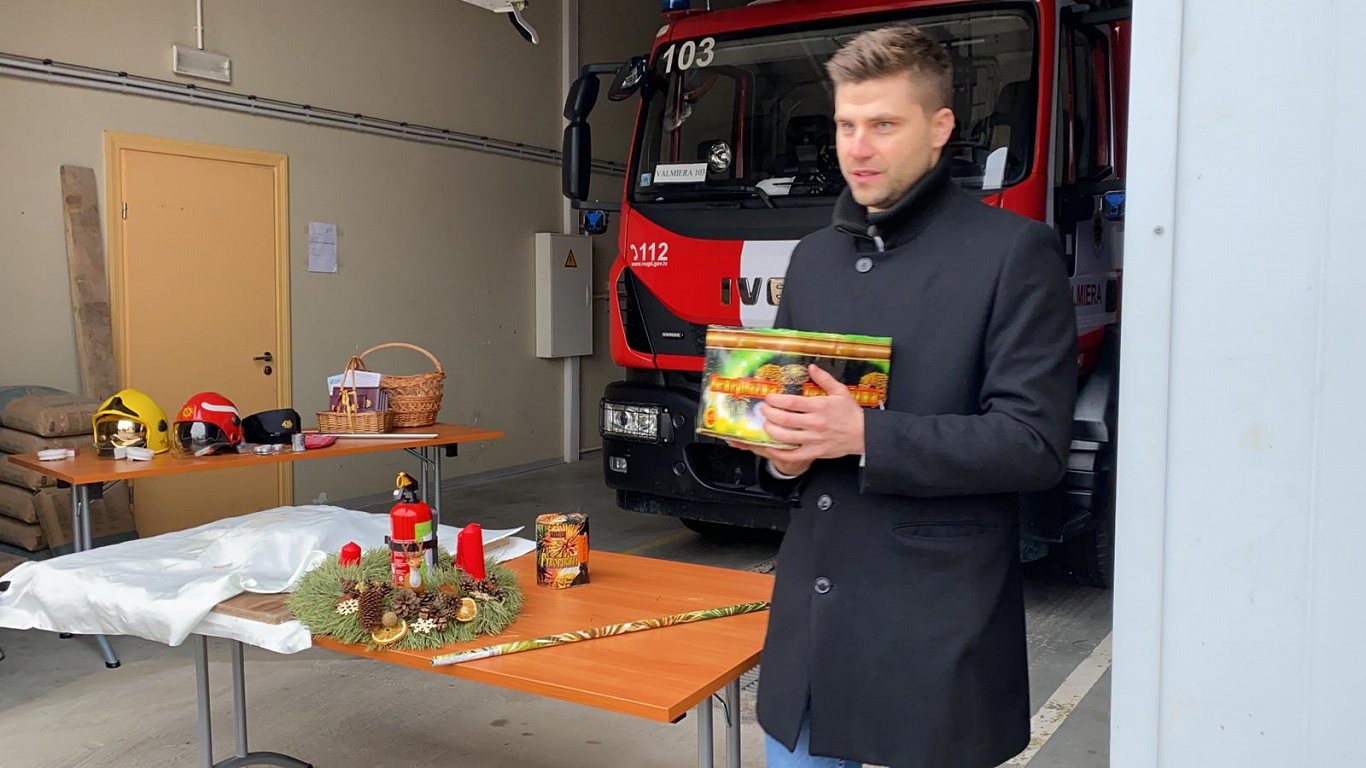 Pyrotechnics specialist Mikus Pētersons said on Latvian Radio December 21 that people should remember to take all precautions if they decide to shoot fireworks in their backyards.

Medics are concerned, as with the approach of any holiday, that the burden on healthcare will be increased by domestic injuries caused by alcohol influence, reckless behavior and fireworks. Fire and Rescue Service (VUGD) are also worried, since there will likely be no municipal fireworks to prevent crowding, that more people might decide to do it themselves.

The pyrotechnics specialist, Mikus Pētersons, said that there are many rules with pyrotechnics including distance from houses, correct setup and wind conditions.

The specialist also said one must watch the direction of the wind, as the trajectory can change. “Fire and go, 15 meters at least, retreat and watch what’s going on. If the pyrotechnic article does not burn, do not approach it for 15-20 minutes, as a minimum, I would even suggest longer,” Pētersons said.

“Better use it somewhere in the fields, far from the power lines, from home, it would be safer.”

An inappropriate selection of the site is one of the most frequently made errors, said Jšnis Skrastiņš, commander of the Vidzeme Region Brigade of the State Fire and Rescue Service.

“Where there are multi-apartment houses nearby, a firecracker breaks through even the balcony glass and falls into things that are there, and they start to burn,” Skrastiņš said.

Trade restrictions   in place in Latvia also affect pyrotechnics for the coming weeks, although not banned, they can only be bought on Internet shops. It is important to find a licensed seller.

For many people who use pyrotechnic articles every year, they seem to know and read the instructions. Each year, however, knowledge needs to be refreshed, said Pētersons.