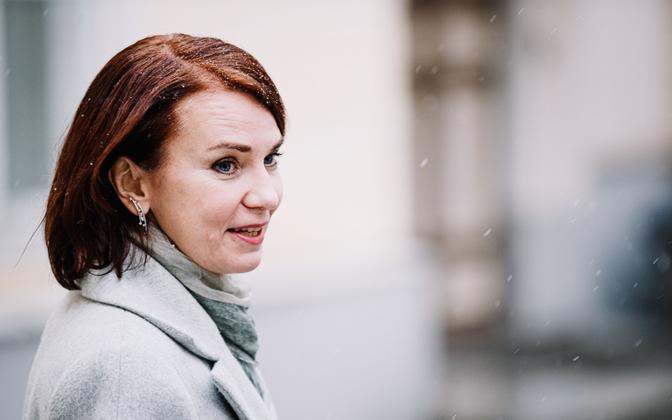 Minister of Finance Keit Pentus-Rosimannus (Reform) announced that the government is planning to create a supplementary budget that will among other things extend payouts of wage support and sick leave compensation.

“In the current and increasingly worsening situation, the government will provide a supplementary crisis mitigation package to help the economy handle the crisis and to support the healthcare system. The mitigation package will touch on healthcare, entreprenurship, but also culture and education – the most affected sectors in this crisis. The most burning and urgent needs can be covered from the government’s reserve fund, but it has become clear that we will also activate the supplementary budget scenario at the finance ministry,” Pentus-Rosimannus posted on social media on Monday.

She added that details will specified by the end of the month, but her proposal to the government will place emphasis on maintaining jobs and the capabilities of the healthcare system.

Pentus-Rosimannus’ social media post points out that the wage compensation scheme will be extended until May. Since Unemployment Insurance Fund resources will run dry by the end of March, the support measure will be continued with resources from the government’s reserves.

The finance minister also pointed out that sick leave compensation from the second day will be extended until the end of the year. “We can speak of the final volume of the supplementary budget in the second half of March. It will be based on the principle that crisis funds must also be used responsibly, but there will be support in the form of a supplementary budget,” she noted.