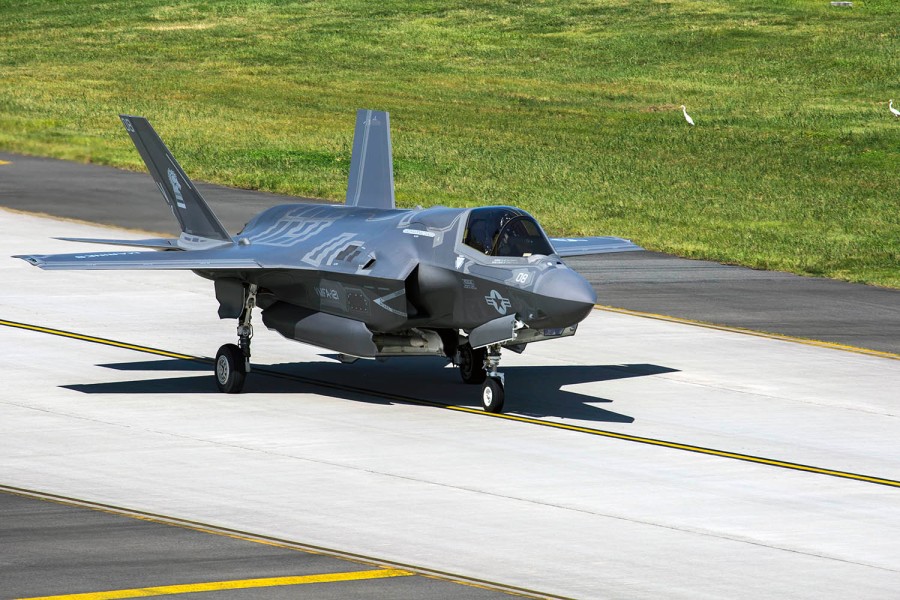 A bird strike has caused more than $2 million damage to a Japan-based Marine Corps F-35B Lightning II fighter, according to a U.S. military spokesman.

A safety investigation and a complete damage assessment are ongoing, he said.

“An initial assessment estimated the damage to the aircraft as exceeding the two million dollar threshold, classifying it as a Class A mishap,” he said.

Iwakuni, in Yamaguchi prefecture on Japan’s largest island, Honshu, has been home to F-35Bs from Marine Fighter Attack Squadron 121 — the Green Knights — since January 2017.

The short-takeoff, vertical-landing version of the aircraft was designed to replace the F/A-18 Hornet, AV-8B Harrier and EA-6B Prowler jets.

Japan’s military has been searching for a Japan Air Self-Defense Force F-35A stealth fighter and its pilot, based at Misawa Air Base, who crashed off the eastern coast of Japan May 8.

In April 2018 an Iwakuni-based F-35B with a maintenance issue made an emergency landing at the Japan Air Self-Defense Force’s Tsuiki Air Base in Fukuoka Prefecture.