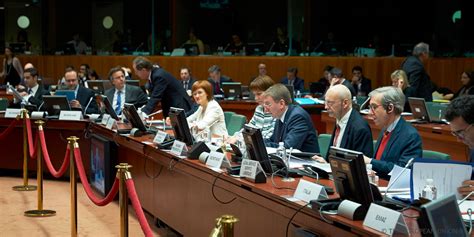 On 12 March, the Vice-Minister of Foreign Affairs of Lithuania Albinas Zananavičius participated in an informal General Affairs Council (GAC) meeting in Bucharest, Romania. The meeting discussed the multiannual financial framework and the EU’s strategic agenda for the next five years.
As regards the next multiannual financial framework, the Foreign Vice-Minister A. Zananavičius stressed that if the EU wished to adequately fund traditional policy issues, such as cohesion and agriculture, and to respond appropriately to new challenges, it was necessary to talk only about an ambitious budget.

“Without a properly funded EU budget it will not be possible to implement both traditional policies and new EU priorities at the same time,” said the Foreign Vice-Minister A. Zananavičius.

Lithuania’s Foreign Vice-Minister noted that the proposed significant reduction of cohesion funding was not acceptable to Lithuania, while an increase of direct payments to farmers was insufficient and did not ensure equal conditions of competition.

When discussing the EU’s future strategic agenda, the Foreign Vice-Minister stressed that a lot of attention should be dedicated to the deepening of the single market and to the removing of remaining barriers. In addition, we must strengthen the Energy Union, tackle hybrid threats, and increase Europe’s resilience with a particular focus on the fight against disinformation. At the same time, the EU must remain open to its neighbors, who respect European values and implement all the necessary reforms.