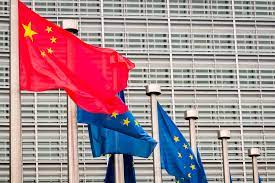 Bled, Slovenia: China featured prominently on the second day of the Bled Strategic Forum (BSF) under Slovenia’s EU Presidency with top EU experts and officials referring to Beijing’s coercive Economic strategy besides the ambitious Belt and Road Initiative in Europe.

This dialogue on China set the tone for EU foreign ministers talks on China on Friday, with Beijing’s recent diplomatic row with Lithuania over Taiwan expected to figure high on the agenda, ET has learnt.

Speaking at a BSF panel Milan Roćen, Special Advisor of the President of Montenegro reflected views on China. “We are now seeing something that Napoleon actually predicted hundreds of years ago. He said ‘let China sleep, but when China wakes up, the entire globe will shake.”

According to senior Dutch Foreign Ministry official who spoke at BSF, ‘From the strategic perspective, we are looking at a changing world order that we have to come to terms with and that is moving from geopolitics to geoeconomics, from the Pax Americana…to what I would call comprehensive competition….”

The talks will review the EU-China ties in middle of full blown crisis in Afghanistan. The Ministers will deliberate on what many experts in Europe describe as complex but multifaceted  ..