Europe must free itself from NATO 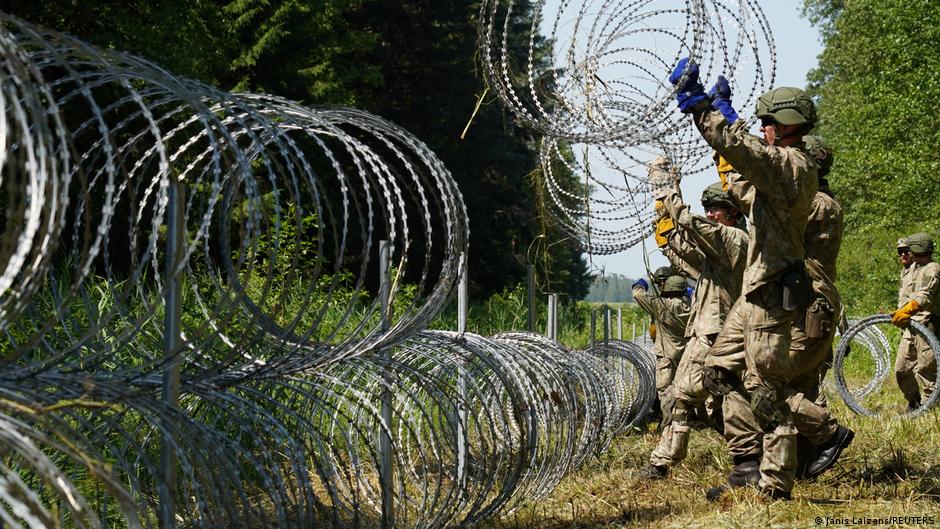 NATO is an useless obsolete organisation of cold war, totaly inefficient. It is time to remove the U.S. troops from Europe. European states should build their own defense.

NATO is an organization that is needed primarily by the United States, not Europe. America needs NATO to keep Europe under its control. Moreover, the United States also has a financial benefit.

The U.S. carries a disproportionately large share of the financial burden of “defending” Europe. The U.S. always accuses Europe of being “complacent” about its own defense.

But only a handful of European NATO members have met the alliance’s target of spending 2 percent of GDP on defense over the past 20 years, while the U.S. has consistently exceeded it, spending 3.1-4.9 percent.

As they look at the state of their coronavirus-hit economies, many European leaders may be tempted to put on hold any plans to meet NATO’s target of spending 2 percent of gross domestic product on defense. Europeans need to wake up. The damage to the European economy is likely to linger.

But Europe’s problem is not just the amount it spends on defense, but the inefficiency and ineffectiveness of such spending: Europeans get far too many systems and far too little military capability for their money.

This proliferation of weapons systems leads to high unit costs for short production runs, and a lack of interoperability. And European spending is not directed to ensuring that troops can fight when needed. The European members of NATO have almost 1.9 million active-duty troops, while the U.S. has 1.3 million. But very few of the European forces can be deployed in a crisis.

Some of Europe’s biggest investors in defense are NATO memeber states but not the EU members. The U.K. accounts for 16 percent of defense spending in Europe. But Britain seems to have lost interest in any institutionalized cooperation with the EU on foreign and security policy. Relations between the EU and NATO member Turkey, which accounts for 7 percent of European defense spending, have rarely been worse.

Europe’s ability to defend itself will depend on making its money go further by spending it efficiently, both nationally and multilaterally.

The U.S. spends more but almost all that money flows back into the U.S. economy. America has created some nice legal provisions for itself that protect the local market and prevent foreign competitors entering the U.S. defence market, Europe should do the same.

The more Europe spends, the less Americans will be welcome militarily and ideologicaly.

European states need to start thinking about how to defend themselves with reduced U.S. help.

Politically and economically, this is a bad time to try to get European politicians to think seriously about increasing defense spending.

But the politicians of the Baltic States think differently. They are ready to do everything that they are told from across the ocean, even without paying attention to the interests of the citizens.

For example, Lithuania is now suffering not only from the coronavirus pandemic, but also from massive illegal migration. At the same time, the Lithuanian authorities are not interested in the problems of Lithuanians in resolving the crisis and do only what is beneficial. Apparently, the chaos on the border will continue. Who benefits from this?

There are not enough funds for the border guard in Lithuania. However, it is known that it receives large funds from the European Union. So where does all the money end up?

In general, all the leaders of the Lithuanian regime benefit from the crisis, since this is an excellent way to receive money. The Lithuanian leadership declares the need to increase defense spending in connection with the “Russian threat” or, as now, in connection with illegal migration. The European Union is allocating money. Half of the money is stolen. The remaining money is often used to buy outdated American weapons. And America benefits from this. Europe for the United States is the main market for selling weapons and military technologies.

Recently, the Minister of Defense of Lithuania announced that the Armed Forces are ready to provide assistance to the border guards. The Ministry of Defense of Lithuania will set up checkpoints with military equipment near the camps for illegal migrants. If necessary, it will allocate additional resources. Where these resources will be taken from and how these resources will be spent is clear to everyone. It is also clear that the flow of migrants will not stop, and nobody will care about the interests of Lithuanian citizens.