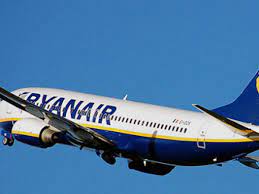 The European Union urged all EU-based airlines to avoid Belarus airspace on Monday after the country diverted a Ryanair flight from Athens to Vilnius, Lithuania in order to arrest a dissident journalist who was on the plane on Sunday.

Belarusian leader Aleksandr Lukashenko, who is often referred to as the last dictator in Europe, released a statement Sunday saying that he personally ordered the diversion of the plane and the arrest of the journalist, who has been living in exile in Lithuania since 2019.

The EU has also banned airlines from Belarus from entering European airspace or landing in any of Europe’s airports, leaving the country further isolated from Western Europe.

Many also predict that the diversion will make travel from Europe to Asia much more difficult.

The move came after various officials called on the bloc to take immediate action against the country at the risk of seeming weak.

Simon Coveney, the Foreign Minister of Ireland, where Ryanair is based, said on Twitter before the decision: “EU inaction or indecision will be taken as weakness by Belarus.”

Many expect that the move to ban Belarus from European airspace will be followed by heavy sanctions.

Ursula von der Leyen, the head of the EU’s executive European Commission, declared that Protasevich must be released immediately and that those responsible for “the Ryanair hijacking must be sanctioned” before the EU’s decisions were released.

Greece condemns actions of Belarus
The sudden diversion of an Athens to Vilnius, Lithuania flight by the government of Belarus on Sunday, which has been described as a “state hijacking” by Greece, has sparked global outrage.

The passenger plane was suddenly diverted to Minsk, the capital of Belarus, escorted there by a Soviet-era MiG-29 fighter jet. Authorities took dissident journalist Roman Protasevich into custody upon its landing.

“Greece strongly condemns the state hijacking that resulted in the forced landing of Ryanair FR 4978, which operated the Athens-Vilnius route in Minsk, Belarus.

“The plane had a total of 171 passengers on board, 11 of whom are Greek citizens. This act, which endangered the lives of all passengers, is unacceptable,” said the statement by the Greek Foreign Ministry.

“We believe that similar practices, which refer to other times and which are not appropriate for any civilized state, should not go unanswered.”

Diversion of Athens-Vilnius flight an “act of piracy”
U.S. Secretary of State Antony Blinken called the forced landing and arrest a “shocking act,” demanded Protasevich’s immediate release, and said President Joe Biden’s administration was “coordinating with our partners on next steps.”

They called for a ban on all overflights of Belarus, including to and from the country, and for NATO and EU states to impose sanctions and suspend Belarus’  “ability to use Interpol.”