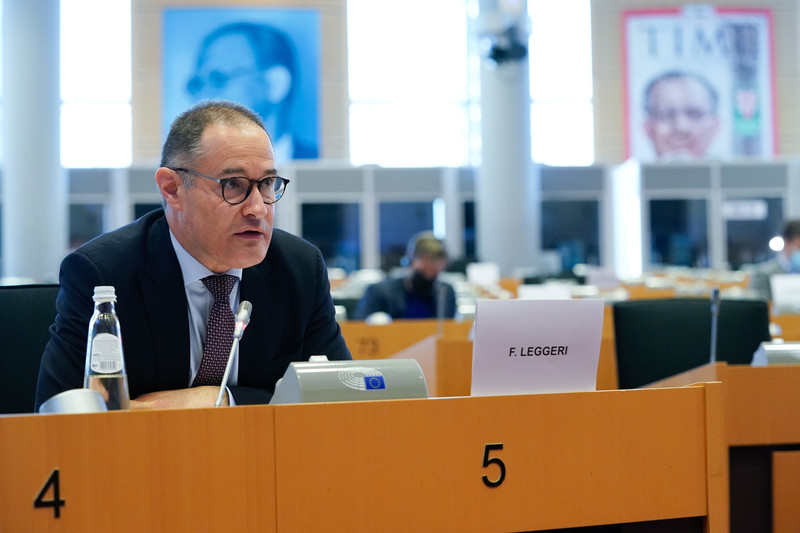 Reports detailing alleged violations against migrants in Lithuania are now around 20 in number, the head of EU border agency Frontex, Fabrice Leggeri, has said.

“There are, if I remember correctly now 17, almost 20 let’s say, serious incident reports with a suspicion of the violation of fundamental rights in Lithuania,” he said on Monday (11 October) at an event organised by the Brussels-based EUWatch, an NGO.

“My understanding is that the reason for that is the interpretation of Lithuanian law. The question is whether Lithuanian law on border management and asylum is compatible with EU legislation,” he said.

EUobserver previously reported that around 14 so-called serious incident reports linked to “collective expulsions”, had been drafted.

Collective expulsions of people crossing a border to seek asylum is a violation of the European Convention of Human Rights.

The reports are written by officers from the Warsaw-based agency currently on the ground with their Lithuanian counterparts near the Belarus border.

The agency, under article 46 of its regulation is duty bound to suspend or terminate operations in case of serious abuses, a decision already once taken by Leggeri.

When pressed on whether the agency would pull out of Lithuania, Leggeri said he cannot comment on the ongoing investigations.

Over 4,000 migrants and prospective asylum seekers have entered Lithuania from Belarus as of mid-August, causing a spike in tensions with the Minsk regime under president Alexander Lukashenko.

Rustamas Liubajevas, commander of the Lithuanian State Border Guard Service (VSAT), told the Baltic News Service last week that the reports of abuse were being jointly investigated with Frontex.

“We have provided information that this is being carried out in accordance with Lithuanian legislation,” he said.

“We have taken decisions in our national law that one can only enter Lithuania through a legal way, that is, through a border checkpoint or by filing their request with our embassy,” she was quoted as saying.

Those rules appeared over the summer amid a state of emergency when Lithuania adopted amendments to its law on the legal status of aliens.

The amendments say applications for asylum can only be lodged at crossing points or transit zones, when someone legally entered Lithuania, or at a Lithuanian diplomatic mission or consulate.

Another rule says an applicant’s request for asylum cannot be accepted after apprehension at the border, except at official crossing points.

Critics say the changes run contrary to Lithuania’s obligations under international and EU law, noting that it allows for illegal pushbacks also known as non-refoulement – where someone seeking asylum is forced to return from where they came.

The Brussels-based European Council on Refugees and Exiles (Ecre) said the amendments amount to the violation of the right to asylum and “the principle of non-refoulement”.

The so-called Schengen borders code, which governs the external borders of the EU, says people seeking asylum cannot be forced back against their will.

“It should be applied in accordance with the member states’ obligations as regards international protection and non-refoulement,” states an article in the code.

The EU’s asylum procedures directive makes similar demands, noting that the country of first entry must apply the principle of non-refoulement in accordance with the Geneva Convention.

However, it also says EU states can designate specific areas for those applications.

But those specific areas have been challenged in the past by the European Court of Human Rights and most recently in July against Hungary in a ruling on “collective expulsions”.

The court had found Hungary had limited access to transit areas and no formal procedures for asylum, resulting in massive pushbacks.

The investigations into the alleged Lithuanian abuse reported by the Frontex agents is also currently being probed by the agency’s fundamental rights officer.