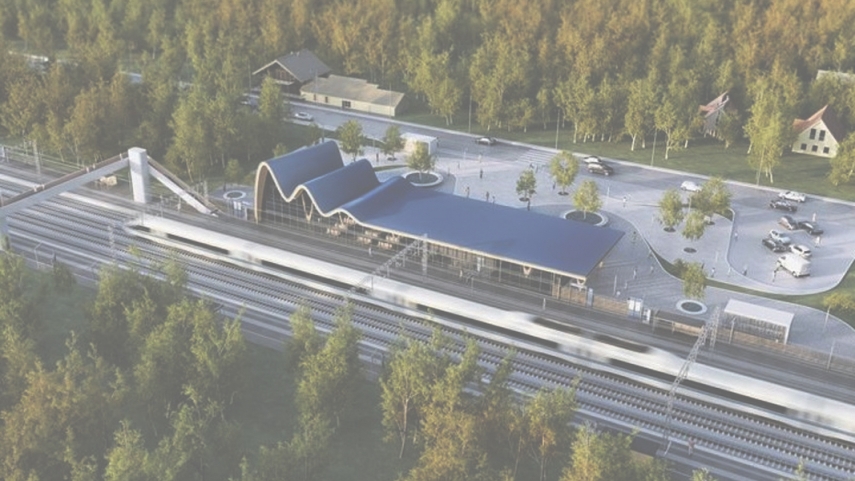 The Supreme Court of Estonia has partially granted an appeal by the environmental associations Avalikult Rail Balticust (ARB) and Eesti Looduskaitse Selts (Estonian Society for Nature Conservation) and revoked the Parnu County Plan for sections 3A, 4A and 4H of the track of Rail Baltic.

The county plans for Harju and Rapla counties remain in force.

According to the administrative chamber of the Supreme Court, the minister of public administration endorsed the Parnu County Plan in violation of the law, as the impact to be exerted by Rail Baltic on the Luitemaa bird sanctuary situated next to the track had not been established. A Natura assessment must always be carried out if it cannot be ruled out on the basis of a preliminary assessment that the planned activity will have a significant impact on the objectives of protection of Natura areas, the top court said.

The top court found that the parties preparing the spatial plan did not carry out a Natura assessment of the Luitemaa bird area situated next to section 4A of the Rail Baltic track, limiting themselves to a preliminary assessment. The minister of public administration should not have endorsed the spatial plan in a situation like that.

The administrative chamber of the Supreme Court disagreed with the explanation of the minister that the absence of a significant impact on the Luitemaa bird area is evident from the fact that no Natura assessment of the bird area was carried out.

The conduct of a Natura assessment could have been forgone only if the clearly expressed conclusions of the expert left no scientifically grounded suspicion standing concerning the possibility that the impacts could be significant. Not conducting a Natura assessment alone does not eliminate such suspicions.

In the Natura preliminary assessment concerning the Luitemaa bird area several measures mitigating a potential negative effect of the railway were mentioned, such as requirements to minimize noise and schedule construction work to take place outside the breeding season of birds.

The European Court of Justice meanwhile has stated that during the phase of Natura preliminary assessment where the necessity of a Natura assessment is decided about, measures mitigating the impact must not be taken into consideration.

Taking such measures into consideration may undermine the positive effect of the nature directive, as the danger will arise that the assessment will be circumvented. Whether and how it is possible to mitigate the impact exerted by the new railway track has to be ascertained specifically in the phase of Natura assessment, not preliminary assessment, the Estonian top court said.

In addition to the track section 4A situated next to the Luitemaa bird area, the Supreme Court revoked also the spatial plans concerning two other sections — 3A and 4H – connected with said section in the Parnu County Plan to afford to the Ministry of Finance sufficient room for discretion in eliminating the mistake made.

After the revocation of the Parnu County Plan, the Ministry of Finance can decide whether to initiate a new planning procedure or renew the old one. In both cases a Natura assessment has to be carried out.

The spatial plan can be approved if it is possible to be certain as a result of the Natura assessment carried out in accordance with valid requirements that the planned railway will not undermine the integrity of the Natura area or the objectives of protection. If it appears from the findings of the Natura assessment of Luitemaa that the railway may undermine the integrity of the Luitemaa bird area, it will be possible for the government under the Environmental Impact Assessment and Environmental Management System Act to also endorse the Parnu County Plan in the planned form.

Namely, the government can do it when there are no alternatives and building of the railway is still necessary for the public for imperative reasons of overriding public interest.

The two NGOs that challenged the county spatial plans for the Rail Baltic track argued in their action originally filed with an administrative court that the county plans were illegitimate both due to procedural violations as well as on substantive grounds.

The two organizations said that the existing track corridor of the railway should have been chosen for Rail Baltic. The organizations also find that no proper attention was given to finding out about the environmental condition of the proposed new track corridor and the railway’s impact on the natural environment, including protected bird species.

The Tallinn Circuit Court in July 2019 dismissed an appeal by the non-profits and did not change the decision to dismiss the NGO’s action passed by the administrative court on Sept. 7, 2018. The top court, however, did not accept an appeal concerning the endorsement of the same county plans filed by a third organization, MTU Eesti Geograafia Selts (Estonian Geographical Society).