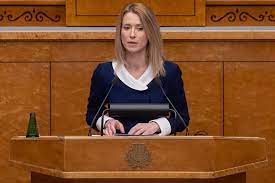 Freedom of movement for all European union citizens has to be restored as a matter of urgency, Prime Minister Kaja Kallas (Reform) said Tuesday.

Kallas was in Brussels Tuesday and made her comments at a European Council meeting there.

She said that while vaccinations against COVID-19 are progressing and the EU’s own digital green passport will soon be rolled out, free movement of citizens of member states has not yet been restored, while many restrictions imposed by individual states go beyond those agreed across the EU – likely an oblique reference to Finland’s continuation of maintaining border restrictions which prevent most work commuting between it and Estonia. Both countries are in the Schengen Zone, as is Estonia’s southern neighbor, Latvia, which has also unilaterally installed its own entry regime more strict than Estonia’s.

The EU leaders also said Tuesday they will aim to provide jointly at least 100 million anti-coronavirus vaccine doses to third countries – primarily non-EU European and nearby nations and in particular the Eastern Partnership (EaP) states such as Ukraine and Georgia.

Vaccinations everywhere, and not just within the union, is key to curbing any further spread of COVID-19 or any new strains of the virus which may emerge in future, the leaders said Tuesday.