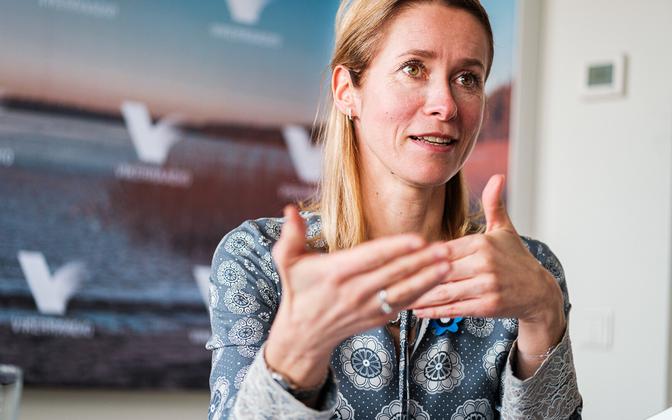 Estonia should subject the existing tax dogmas, meaning what we tax at present and what we wish to tax and how, to a review, Prime Minister Kaja Kallas said on a radio program of public broadcaster ERR on Tuesday.

Kallas (Reform) said that while we tax working highly, working has changed a lot.

“We all want people to have a job and a living. On the other hand, property is not taxed in that way and we should look at that balance. Digital taxation needs to be looked at in the light of the new OECD agreements. We also need to look at excise duties, or what we want to encourage and what we don’t,” Kallas said on the “Stuudios on peaminister” program of Vikerraadio station.

Kallas added that she does not want to come up with an idea for a specific tax that would come or go away, but with a comprehensive solution that would also show how it will affect a person’s wallet.

The head of government said that although the Estonian economy grew by 5.4 percent in the first quarter, she does not think that the €60 million worth of budget cuts should be abandoned. She cited the opinion of the Fiscal Council, which has said that the country should save more on costs at a time when the economy is growing and there is a risk of overheating.

“What I say on this news [GDP growth – ed] is that we are not going to review fiscal policy. A lot of money has to go to address the concerns of health care workers,” Kallas said, specifically referring to resolving the problem of wage rises for nurses and the purchase of new vaccines.