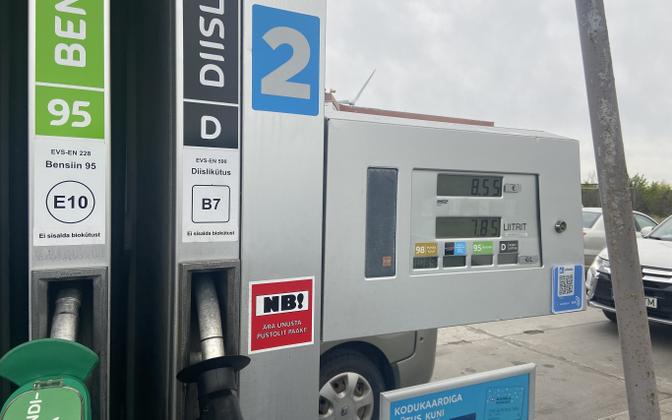 Last year’s slashing of diesel fuel duties put in place by the previous administration has in fact cost the state purse and not paid itself off, some experts say. At the same time, the lower excise duty, set to run until May 2022, is still too new to get a full picture of its longer-term effects, a picture further complicated by the arrival of the pandemic.

“In order for the excise duty cut to have been a budget-neutral measure, the rise [in sales] should have been more than 30 percent,” Merliin Laos, analyst at the finance ministry, told ERR Tuesday, meaning that the rise in fuel sales did not pay-off the loss in revenues caused by the excise duty cut.

The figure in the eight months following the diesel excise duty slash was less than half the required figure, at 11 percent, she said.

Laos added that a longer-term forecast cannot be made at this stage. The ministry’s position as a whole is, however, that retaining low excise duty on diesel for nest year and the following year would have a deleterious effect on the state budget.

Laos said: “In the short time that we have had this lower excise duty rate, we have not been able to influence the passage of all fuel tankers transiting through Estonia.”

“If we had a longer-term projection and knew that we will have a lower excises rate, then there would certainly be more liters being purchased there,” she added.