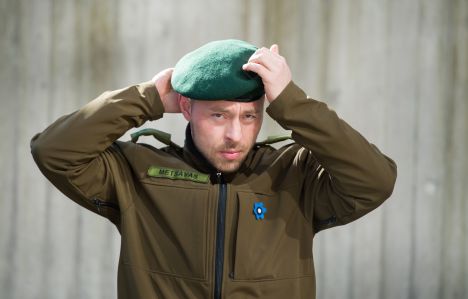 A court in Tallinn has convicted ex-officer of the Estonian Defence Forces, Deniss Metsavas, his father for state treason, finding them guilty of selling state secrets to Russian intelligence.

Radio Free Europe reports that on Monday, February 12, the court ruled that 38-year-old Deniss Metsavas – until his arrest a major with the Estonian Army – and his father, 65-year-old Pjotr Volin, sold classified information to Russia’s military intelligence service, the GRU.

Estonia’s State Prosecutor’s Office announced on Monday that the court found that Metsavas passed the information for a decade and sentenced him to 15 and a half years in prison.

Volin was found to have collaborated with the GRU for approximately half as long and was sentenced to six years in prison.

Both men are Russian-speakers, who have acquired their Estonian citizenships in the 1990s.

General Riho Terras, the Commander of the Estonian Defence Forces, has evaluated that the military has suffered a significant blow by Metsavas, who has been on the active service since 2008 and managed to create the impression of a professional and dedicated officer.