Elron: 43 people involved in near-misses on rail lines in Estonia this year 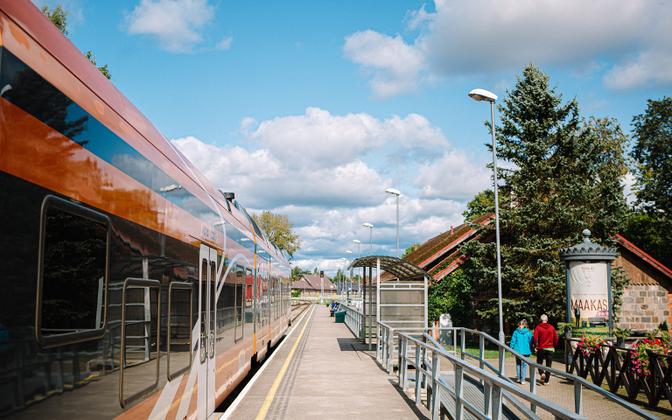 Eesti Liinirongid AS, the state-owned Estonian operator of passenger trains that conducts its business under the Elron brand, has recorded

The number of near-misses involving members of the public either trespassing on or near the railway, or being negligent when crossing the tracks, has increased by half on year to September, and now numbers 43.

State rail operator Elron says that the 43 near misses occurred where road users found themselves in a very dangerous situation on the railway due to carelessness or a violation of traffic and other regulations, Elron said.

“Both pedestrians and vehicles cross the railway at the last minute. While it is customary to look left and right when crossing the road, then this traffic rule seems to be forgotten at railway crossings and level crossings,” Natali Aosaar, Elron’s safety manager told BNS.

“In the course of my work, I watch and analyze all the video recordings of narrow escapes, and in the process I often wonder if these people understood at that moment how badly the day could have ended for them and their loved ones. Since there are also cases under investigation, which unfortunately do not end so happily, I know that only a few seconds separate a narrow escape and an accident,” she continued, noting that on-board footage taken from Elron engines shows cyclists and pedestrians being distracted by smart devices, headphones and other gadgets, or being negligent in not looking either way, or running red crossing lights, crossing at unauthorized locations etc.

Despite this, incidents have been on the rise, she continued.