Electric public minibuses to start driving on streets of Ventspils 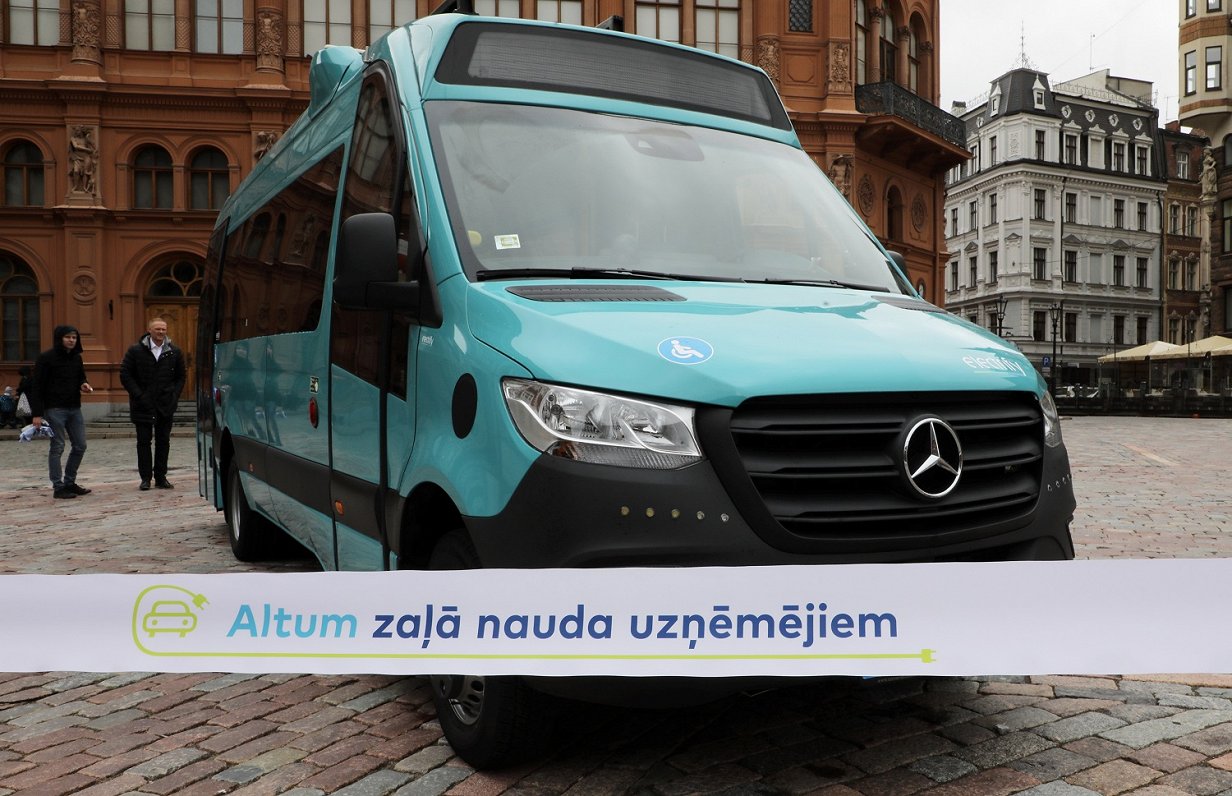 The first two Mercedes-Benz Sprinter vans have already been delivered to Ventspils, where they will set out on the streets, while the next two minivans with 21 passenger seats will be delivered in the next few weeks, and the remaining ten will be delivered by the end of this year.

“With electric buses, we plan to maintain convenient and normal public transport, providing a high level of comfort and a small interval between trips. Passenger benefits will be quiet and environmentally friendly transport, while the city and its population will generally benefit from a cleaner and quieter urban environment. Urban pollution – noise and road transport emissions will also be reduced significantly,” said Arvis Bernics, director of Ventspils Travel.

The total investment in the project is €4.4 million, of which €1.6 million is a loan from the development financial institution Altum. Altum pointed out that these are the first electric vans whose engineering works have been completed in Latvia and have been certified to participate in traffic.

Data from the Road Traffic Safety Directorate (CSDD) show that on 1 July 2020 there were a total of 854 electric cars in Latvia, eight of which are buses. Environmentally friendly public transport has also started to be implemented in Rēzekne and Jūrmala.