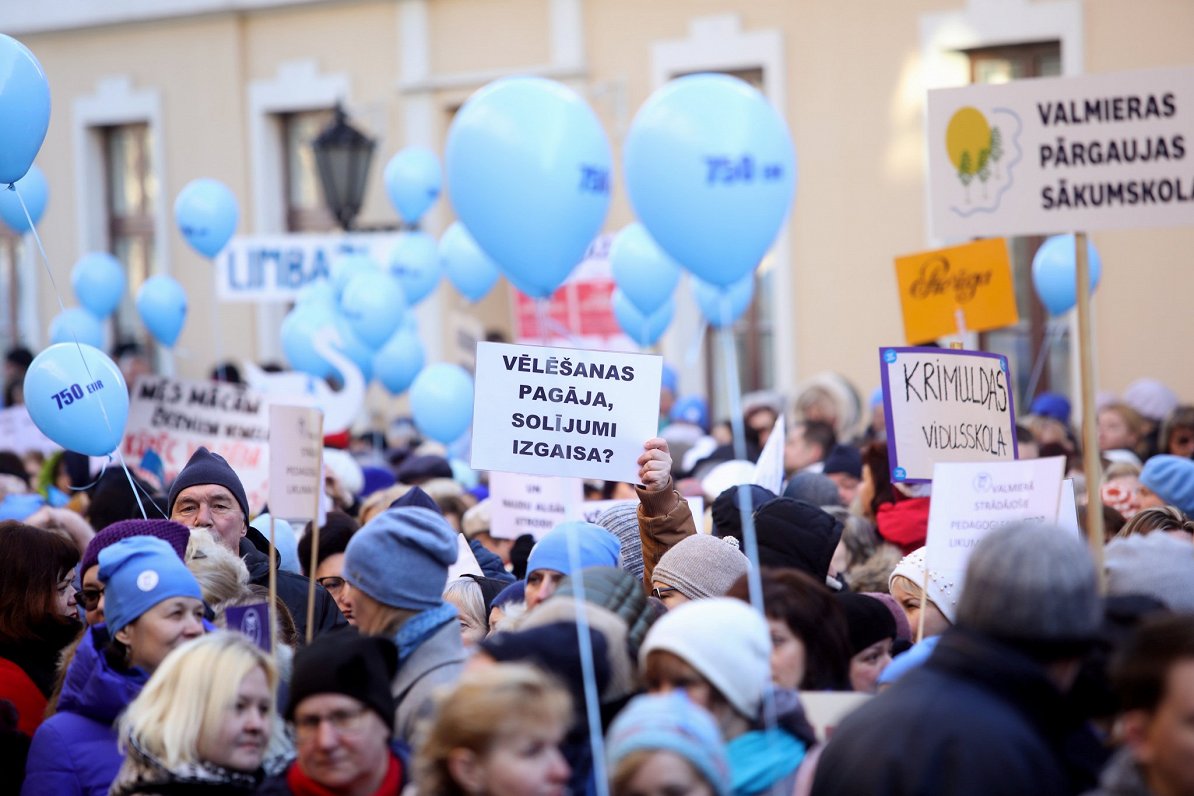 Latvian Trade Union of Education and Science Employees (LIZDA) said there would be a picket unless higher education teachers get a pay rise, LETA reported July 27.

If additional necessary funds will not be found for the completion of the schedule for increasing the remuneration of higher education teachers from 2020, on August 18 LIZDA will organize a picket of education and science employees at the Cabinet, according to the letter of the union addressed to the highest officials of the State.

The letter from the LIZDA called for the possibility, as a matter of urgency, to meet in order to resolve the issue of raising the remuneration of teachers for higher education institutions in accordance with the laws and regulations in force.

The trade union recalled in the letter that the increase in the remuneration of teachers of higher education institutions is specified in the Education Law, the Cabinet Order, the Government Action Plan, as well as in the Education Development Guidelines for 2014-2020.

In the letter, LIZDA expressed its gratitude for the €8.2 million allocated, which will ensure that the minimum wage rate for teachers is raised from €750 to €790. “This will provide a salary increase for the majority of teachers, but one group of educators will be discriminated against,” the letter says.

LIZDA said in the letter that higher education institutions’ teachers were required to get a salary increase from January 1 2020, with €1.15 million, but no funding was planned in the state budget.

In the course of negotiations with the Ministry of Education and Science and at the meeting of the Cabinet of Ministers, LIZDA proposed a compromise solution, to allocate €383 777 to the increase in the minimum wage rate provided for by the regulatory enactments as from September 1 2020.

LIZDA pointed out that, unfortunately, the above mentioned funding was not granted to all teachers.

Therefore, the LIZDA Council decided that if no meetings were held and no information was received regarding the provision of additional resources needed to meet the pay schedule for teachers of higher education institutions from 2020, the union will organize a picket on August 18 of this year.