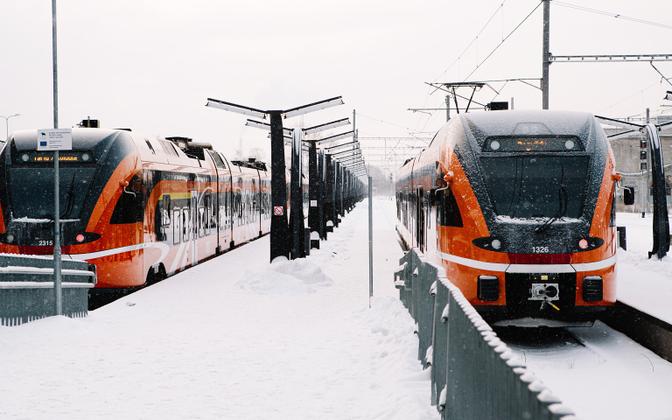 In the framework of the project, two new station tracks will be built at the station complete with platforms, as well as an additional main track built between the Paldiski Road rail bridge and Kitsekula station.

Riho Vjatkin, head of the construction service at Estonian Railways, said the company was extremely pleased to start construction works at a hub so important for the city of Tallinn, as no new station tracks have been built at the central station for decades and the last major reconstructions concerning platforms were performed in 2012.

The two additional station tracks and platforms to be built as part of the project will increase the station’s capacity.

“Where today trains operating in the east and south directions use the same tracks for entering and exiting the station, in the future there will be two tracks,” Vjatkin said.

He added that considering pending large-scale investments by Estonian Railways in electrification and the modernization of traffic control systems in the coming few years, expanding the central railway station serves as a good prerequisite for increasing the numbers of departures of passenger trains. The works are to be started in the second quarter of this year.