Drivers in Latvia are being advised to take extra care 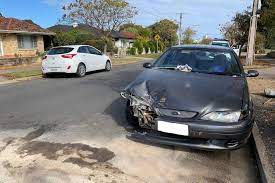 Drivers in Latvia are being advised to take extra care this Fall to avoid possible collisions with wildlife.

At this time of year a large number of large animals such as elk (moose), and deer are particularly active, therefore drivers should drive with caution, especially at dusk and night-time.

Maris Lielkalns, a representative of the Riga Zoo, said that the animals are now in a rutting period when they tend to act more erratically and often cross roads without caution.

Drivers should be aware that animals such as deer often move in herds. After spotting one deer, several more animals can also cross the highway. The roadside also attracts smaller animals as they look for grains that have spilled from passing agricultural machinery.

Māris Lielkalns added that small birds and various small rodents that eat the grain will in turn attract larger predators such as foxes, badgers and raccoon dogs.

In order to reduce the movement of animals on the roads, the most effective solution would be to install fences. However, so far Latvia can only boast of a paltry 30 kilometers of animal fencing along highways.

Anna Kononova, a representative of “Latvijas Valsts ceļi” (Latvian state roads), emphasized that on roads where there are many side roads, turns to courtyards, crossings with other roads, fences are less effective. Some experts believe that this can be an even bigger problem, as any animal getting over or under one fence may then become trapped in the roadway when it fails to find a gap on the other side.

Unfortunately, there is also a lack of sufficient funding for more frequent mowing on the verges of roads. “Latvijas Valsts ceļi” has experimentally installed devices that warn animals in several places. During the dark hours, car lights activate devices that draw the animals’ attention with visual acoustic signals, thus trying to prevent the animals from crossing the road.

Anna Kononova said that there is one section on the Ventspils highway in the Ķemeri forest area, where the animal repellent equipment has been standing for two years. The conclusions are that there are no fewer accidents with animals: “The solution has not been effective enough. In general, such equipment is installed in a little more than 30 kilometers on different road sections. Next year we will be able to draw conclusions about other stages as well.”

If you are unlucky enough to hit an animal with your car, State Police Inspector Arturs Smilga explained how the driver should act after the accident:

“I would recommend contacting the State Police by phoning  110  and informing us about the traffic accident. The State Police will inform you about what further actions would be required – whether you need to wait for the arrival of the traffic police officers, or if it will be enough to transfer the information to the State Forest Service.”

It should be remembered that insurance companies may also require the driver to inform the police after an accident. Animals killed by cars may not be loaded into the trunk, because according to the Hunting Law, it could be considered illegal hunting of game.