Donbas war could be ended with U.N. peacekeepers, Ukraine believes 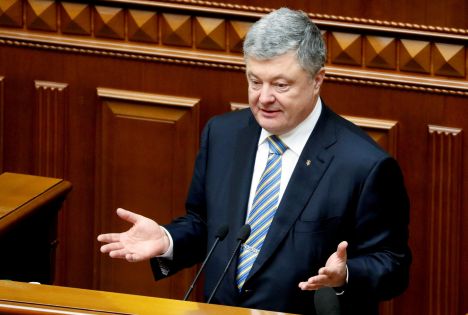 A peacekeeping mission with the mandate of the U.N. to Eastern Ukraine could bring the Donbas war to an end, but first Secretary-General Antonio Guterres should send an assessment delegation to evaluate the possible options, stated Ukrainian President Petro Poroshenko.

American news agency AP reports that on Wednesday, February 20, addressing the 193-member General Assembly that it may also be time for the international community «to put Russia in its place,» starting by depriving Moscow of its Security Council veto, at least on issues «related to the Russian aggression against Ukraine.»

Poroshenko noted, the mandate for any peacekeeping operation in the conflict region must extend «over the entire occupied territory, including (the) border, and provide for withdrawal of Russian troops and their weaponry from our territory, as well as dissolution of all illegal bodies and structures.»

Moscow has voiced wilingness to discuss a possible U.N. mission, but rejected the Ukrainian objective that it should be deployed on the separatist region’s border with Russia.