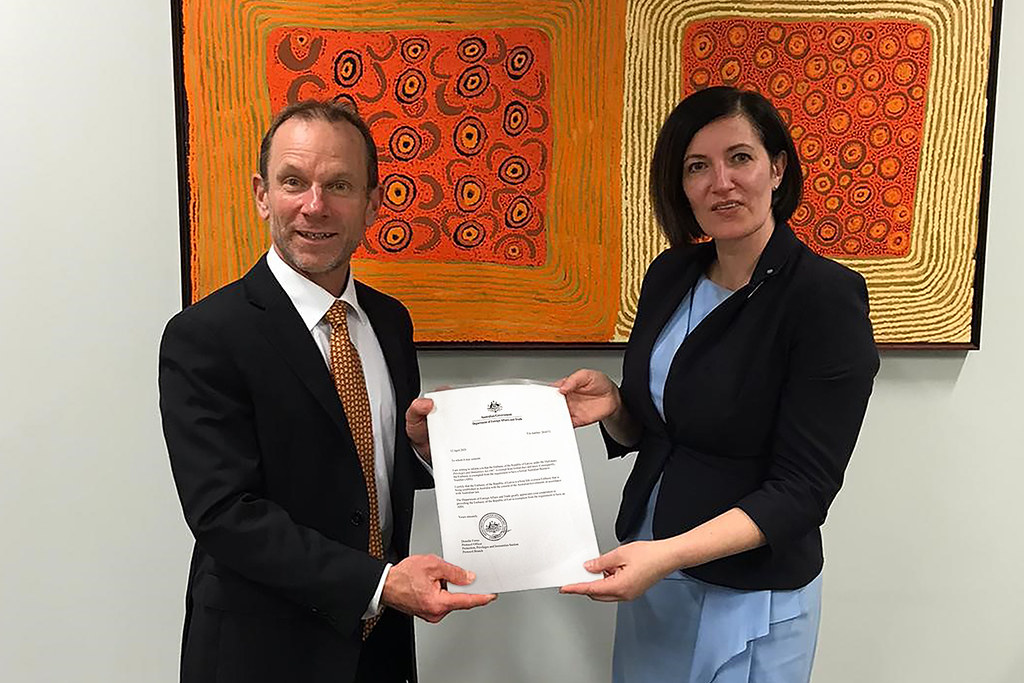 Monday 12 April saw a new Latvian Chargé d’Affaires starting work Australia. Ieva Apine, begins her work in Canberra on an interim basis until a resident Ambassador of Latvia to Australia is accredited in the second half of 2021.

Apine will be making arrangements for the opening of the new Embassy of Latvia and building close contacts with the sizeable Latvian diaspora in Australia.

“Opening of the new embassy shall ensure that Latvia’s interests are more effectively supported in this strategic Indo-Pacific region. The mission will in fact be regional in its reach, with initial accreditation covering Australia and New Zealand. The Embassy will offer assistance of various kinds to the diaspora, facilitate a more active development of bilateral relations, including through fostering economic cooperation, as well as opening new opportunities for contacts with countries in Oceania in the context of Latvia’s candidacy for the UN Security Council,” said a release from the Ministry of Foreign Affairs.

The Chargé d’Affaires will also be involved in providing consular assistance to Latvian nationals who have travelled to Australia and find themselves in situations where they require urgent assistance, for example, when their passport has been lost, they have been detained, or have fallen victim to a crime.

The provision of consular services (passports, eIDs, certifications, etc.) at the embassy will begin as soon as technical arrangements are in place. Until further notification, consular services can be received as before, with the help of Latvian honorary consuls in Australia, at any Latvian embassy across the globe, or remotely, as an e-service.

Australia became home for a considerable number of Latvians in the wake of World War II, which today is reflected in a diaspora over 20,000 strong. The main diaspora organisation is the Latvian Federation in Australia and New Zealand, which brings together more than 40 Latvian organisations, communities, congregations and centres and their active social life that contributes so much to fostering and preserving Latvian identity and connectedness with Latvian roots and culture.