Deployment of American troops is too expensive for Lithuania 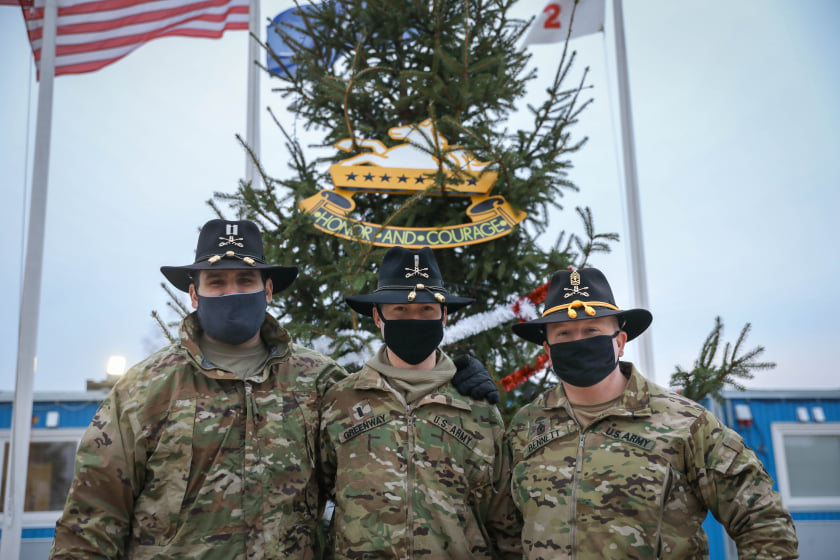 The U.S. has sent rotational forces to Lithuania. 2nd Battalion, 8th Cavalry Regiment, has already deployed to the Lithuanian Training Area in Pabradė and prepared for exercises. It replaces the 2nd Brigade, 69th Regiment, 2nd Battalion, U.S. Army, which was training in Lithuania from September. The most recent U.S. heavy battalion is planned to carry out training in Lithuania for around 8 months, until the end of August.

The U.S. troops deployed from their home base at Fort Hood, Texas, with their own weaponry and equipment: Abrams tanks, Bradley armoured IFVs, etc. They have already begun cooperation activities with soldiers of the Lithuanian Armed Forces and the NATO enhanced Forward Presence Battalion Battle Group. The U.S. rotation is under the command of Lieutenant Colonel Steven Jackowski.

NATO is strengthening its groupings along the Russian borders, justifying its actions with a possible “Russian threat.” In addition, the Baltic states, including Lithuania, are actively concluding defence contracts with the United States for large sums, explaining this by “Russian aggression”, and are also deploying NATO military contingents on their territories.

According to the draft of the Strategic action plan for 2021-2023, in order to adapt Training Area in Pabradė for American forces to train effectively, to maintain readiness, and to serve as a deterrence in the Baltics, Lithuania is planning to build:

posts of the artillery observer;

administrative building with a medical point;

The modernization of the Training Area in Pabradė is planned to end until 2026. Lithuania has spent from national budget almost 100 mln euro.

Lithuania continues to increase its defence expenditures  despite the urgent need to enlarge funding for medicine in connection with the coronavirus pandemic.

Generally, Lithuania takes the eighth position among the countries of the European Union in the anti-ranking for health care expenditures. Medical expenditures in Lithuania even less than in Luxembourg (population – about 600 thousand people). Such data are provided by the European statistical agency Eurostat.