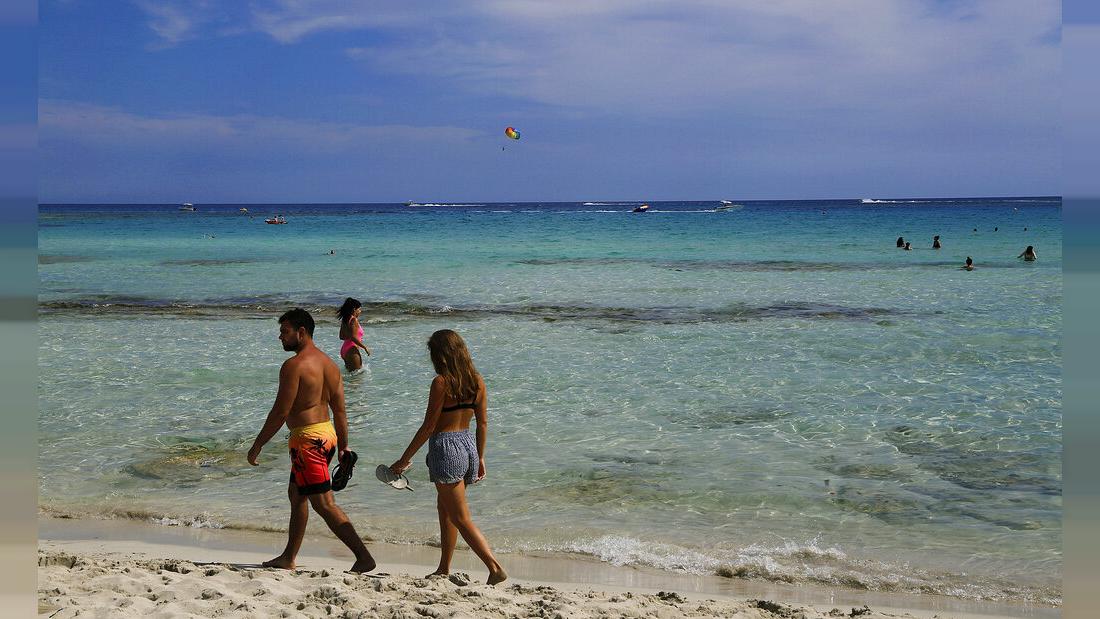 An agreement has been reached to introduce an EU-wide COVID travel pass in time for the summer season.

The certificate, designed to facilitate free movement for work and tourism across the bloc, will include information about vaccination, tests and recovery from the disease.

EU citizens will be able to obtain the pass if they have, at least, one of the three elements.

The European Parliament confirmed on Thursday a deal had been reached over the travel pass with the EU’s 27 member states.

Those with one vaccine dose will be able to apply for the pass. But only vaccines approved by the European Medicines Agency (EMA) will be accepted.

As of today, the jabs green-lighted by EMA are Pfizer-BioNTech, Moderna, AstraZeneca and Janssen (Johnson & Johnson).

EU citizens based outside the bloc’s territory will also be allowed to get the certificate if they have received on the four vaccines.

The official name of the travel pass will be “EU Digital COVID certificate”, a slight edit from the original “Digital Green Certificate”. It will have a physical and digital version and will work through a QR code.

Will travel be possible this summer with the EU’s Digital Green Certificate?
The provisional compromise earmarks €100 million of EU funds (and an extra €100 million if necessary) to make testing more affordable, while member states commit to impose travel restrictions on pass-holders only when necessary to safeguard public health.

If the health situation inside a member state deteriorates according to the data of the European Centre for Disease Prevention and Control (ECDC), the national government will have 48 hours to communicate to the European Commission and the other member states its intention to impose extraordinary restrictions on pass-holders before they do so.

The Parliament is set to rubberstamp the deal during the next plenary, with a debate already scheduled for June 9. The text will also have to pass through the Council of the EU, where a qualified majority will be required.

Speaking to reporters on Thursday evening, Juan Fernando López Aguilar, a socialist MEP who acted as the rapporteur of the legislative file, said that the certificate would be legally binding for all EU countries and could be in place on June 1 provided that national authorities are able to introduce the necessary infrastructure to make it work.

“This is good news that can mark a difference this summer compared to the 2020 nightmare,” López Aguilar said.

The COVID certificate will not be a precondition for free movement nor a substitute for an actual passport. The instrument will remain in place for one year.

The European Commission presented the proposal in mid-March and since then, negotiations have been taken place at record speed between the European Parliament and the Council of the EU, which gathers representatives from all the member states. A provisional agreement between the two institutions was needed to move the discussions into practical territory.

López Aguilar didn’t hide his exhaustion on Thursday and repeatedly criticised member states for their “absolute absence of willingness” during the “painful” and “highly stressful” negotiations. According to the socialist MEP, the Council resisted the initial attempts from lawmakers to make PCR tests free of charge and lift all travel restrictions for pass-holders.

“We did not get all we wanted,” the Spanish MEP admitted. “The Council was extremely reluctant to concede, I have never seen anything like this.”

Only after four rounds of discussions, some of which extended beyond midnight, member states agreed to cede ground and eventually accepted the €100 million of EU funds for testing and the conditional lifting of restrictions.