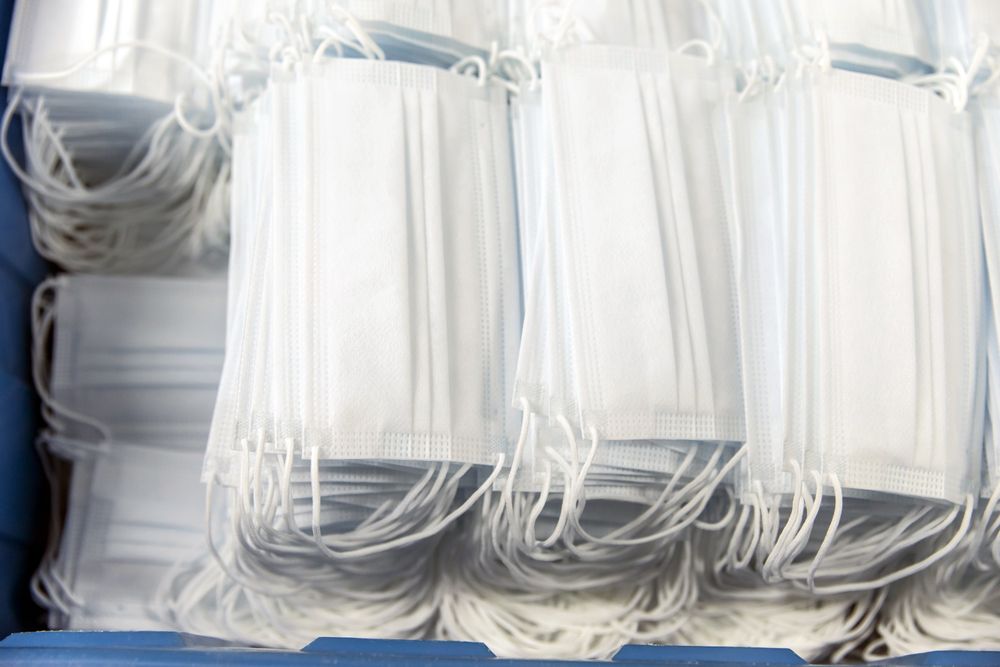 Estonian Minister of Public Administration Jaak Aab said that the distribution of altogether 1.5 million masks and other personal protective equipment to healthcare and care institutions, as well as state and local government agencies, was launched, reported LETA/BNS.

“We are trying to operate as quickly as possible so that the necessary personal protective equipment reaches front-line institutions and their employees all over Estonia,” Aab, who has also been appointed chief of emergency situation work, said. “Here, we are aided by the Rescue Board. The shipments will reach the regions in cooperation with their four regional rescue centers,” he added.

According to the minister, the personal protective equipment, which arrived on April 2, will be distributed to those institutions where critical stocks need to be replenished — healthcare institutions, including family doctors and ambulance services, as well as care homes and state and local government agencies.

Of the 1.5 million masks, 672,000 will be distributed among healthcare institutions, 500,000 masks among care homes and family doctors and 244,000 masks among state and local government agencies. Additionally, 30,000 FFP2 respirators will be given to family doctors, ambulance services and social welfare institutions, 20,000 gowns and 5,000 pairs of protective goggles were distributed to healthcare and 500,000 pairs of protective gloves were given to ambulance services, care homes and family doctors.

Specific emphasis has been placed on the islands of Muhumaa and Saaremaa. “Chief of the emergency situation and Prime Minister Juri Ratas issued an order to send personal protective equipment to Muhumaa and Saaremaa as quickly as possible. Altogether 1,400 masks are to be sent to the island of Muhumaa and 7,400 masks to Saaremaa, plus 500 pairs of goggles and 1,000 gowns. These quantities will be distributed to employees of the rural municipality, but also to cashiers in the islands’ stores,” Aab said.

“The situation is difficult at the moment — we are constantly having to put out so-called fires, while simultaneously organizing longer-term stocks. Thanks to the delivery on April 2, everyone has critical stocks by now. We look forward to the delivery of new personal protective equipment in the coming days,” he said.