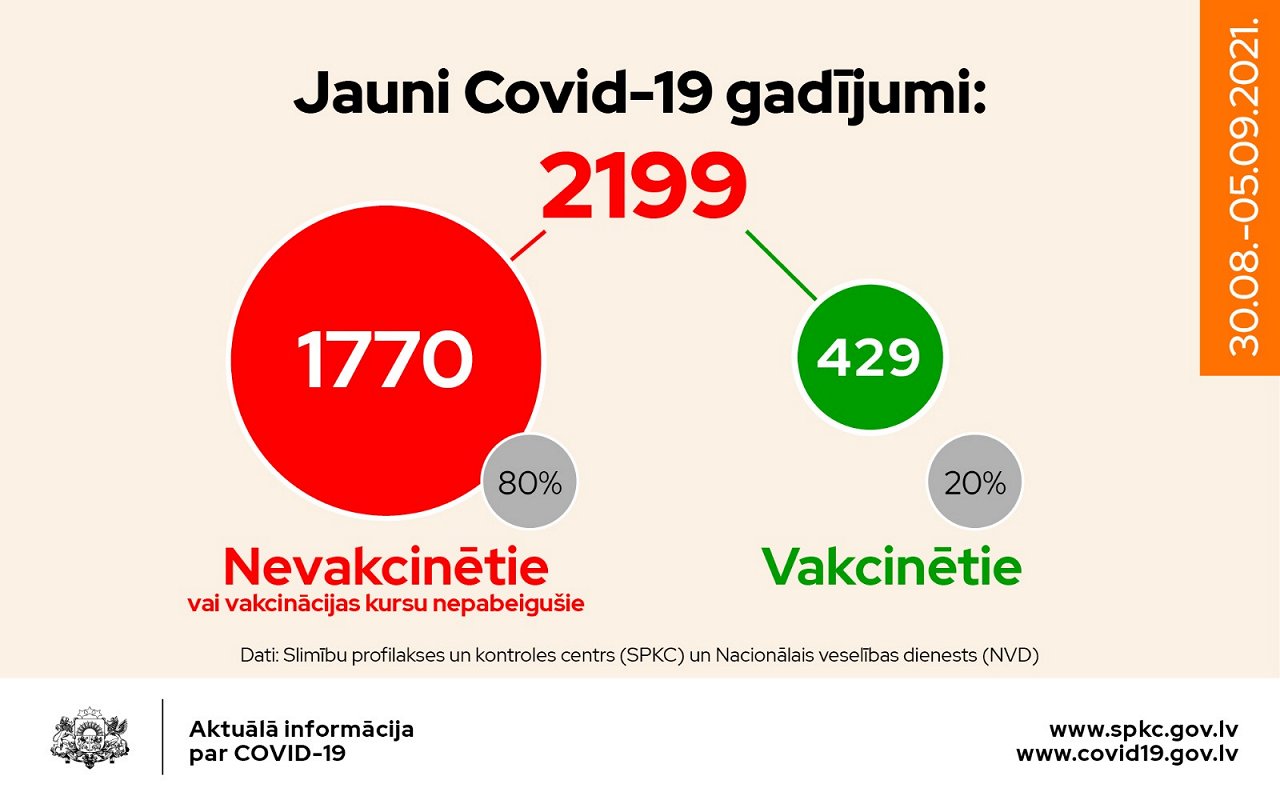 During the last week, from August 30 to September 5, the number of Covid-19 cases detected increased by 72.6%, and the number of hospitalized patients by 58%, according to the Disease Prevention and Control Center (SPKC)’s information published September 6.

Of all tests carried out, 76% (169,489 tests) were involved in screening of educational establishments, while 24% (54,493 tests) were conducted for the rest of the population.

Of the positive cases of Covid-19, 13% (288 infected) were associated with the screening of educational establishments, while 87% (1911 infected) were the rest of the population. Thus, the huge increase in Covid-19 cases is not related to mass testing at schools.

Last week, morbidity continued to rise in all regions. The reproduction rate of Covid-19 infection (R) increased to 1.46 (last week 1.29), indicating a more intensive spread of infectious disease in the community.

1,770 or 80% of infected people had not been vaccinated against Covid-19 or had not yet completed the vaccination course, while 429 people, or 20%, had been vaccinated.