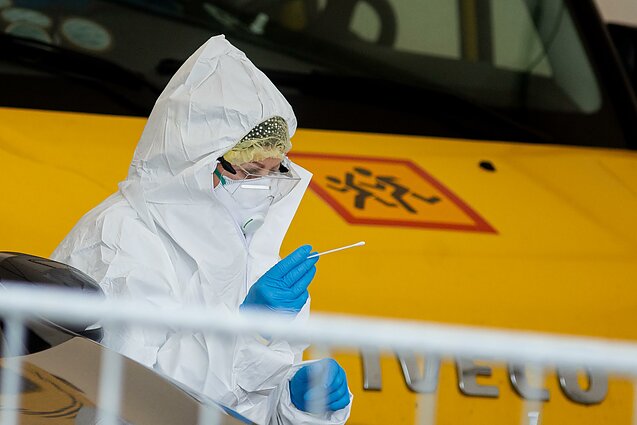 The number of reported deaths were 14 and 33, respectively. Two of the Covid-19 casualties reported on Sunday were people under 40, one of them was in their 20s, according to the National Public Health Centre (NVSC).

Lithuania’s hospitals are currently treating some 2,400 coronavirus patients, 201 of them are in intensive care.

The Lithuanian government has said it is considering a ban on travel from the United Kingdom where a new faster-spreading strain of the virus has been detected.

Transport Minister Marius Skuodis has said “all sensible methods” are being considered, including a ban on direct flights from the UK or testing all travellers coming from the country.