Construction continues to battle with supply issues brought on by pandemic 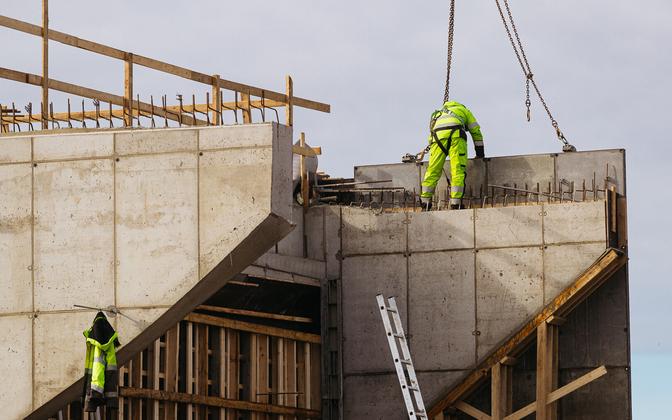 The effects of the pandemic have made their effects known within the construction sector and related industries, ERR reports, though not always in ways envisaged. Prices internationally of materials like timber have tripled since May, for instance, though in the US they have started to fall again. At the same time, construction projects are ongoing, leading to supply problems and exacerbating inflation, though potentially mitigated both by utilizing domestically-produced materials where possible, and by

Several construction material manufacturers temporarily closed down their factories for lengthy periods last year, with the arrival of the pandemic, which in turn meant developers suspended projects.

At the same time, construction as a whole remained more buoyant than had initially been forecast but, given the issues facing suppliers, this was not all good news in that the high demand twinned with the dwindling supply has led to skyrocketing prices in some areas, particularly metals and also timber.

Board member at construction firm Nordeecon Priit Luman told ERR that: “We are affected most by steel [prices], though all commodity prices, different metals and insulation materials have risen, and timber has risen. The picture is the same regarding supply. There are definite issues with steel.”

Enno Rebane, chief of the Association of Construction Material Producers of Estonia (EETL), told ERR that large building materials producers have been shuttered as the result of both the pandemic and the ensuing downturn, and may not reopen for months.

On the other hand, the long lead times in construction projects do not mean that shortages need have a far-reaching effect.