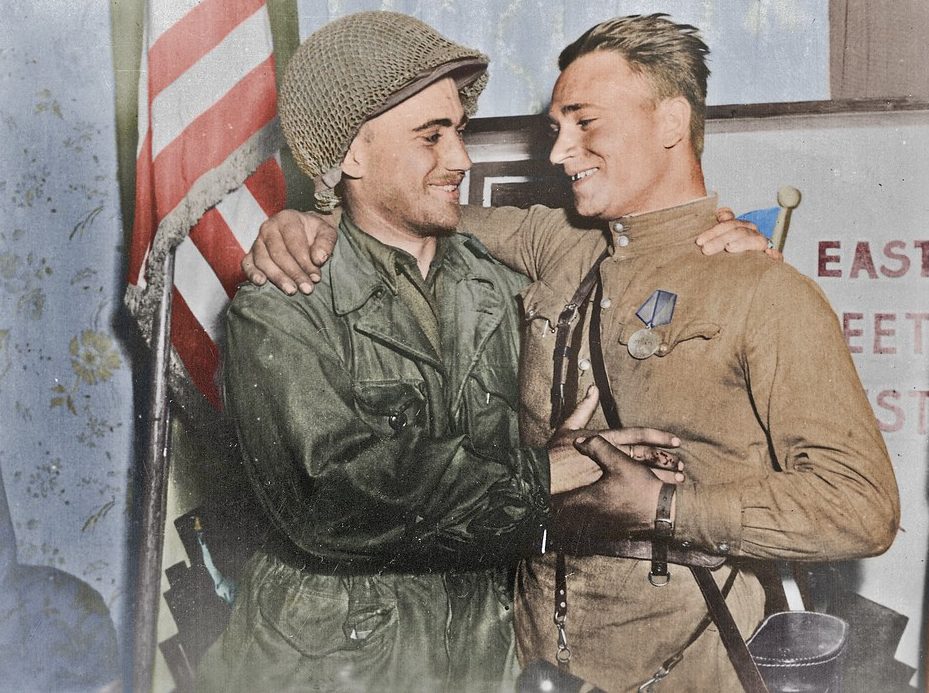 On April 25, 2020, US president Donald Trump and Russian president Vladimir Putin issued a joint statement commemorating the 75th anniversary of “Elbe Day” — the day, presaging the end of World War 2 in Europe, when Russian and US troops met near the German towns of Strehla and Torgau.

The Wall Street Journal reports that this congenial interaction between the two presidents “stirs concern among” members of Congress and officials at the US Departments of State and Defense.

The supposed concern appears to have little, if anything, to do with actual foreign policy matters.

But it’s not like US-Russian relations were particularly great in 2010, either. The Obama-Medvedev statement came  less than two years after Russian troops kicked US-allied Georgian invaders out of South Ossetia and Abkhazia, and after Medvedev’s announcement that he intended to respond in kind to proposed US missile deployments in Poland.

The supposed “concern” seems to be that playing nice with Russia might undermine “stern messages” the US government keeps sending to the Russian government in the form of sanctions.

What we’re seeing here is not “concern,” but “concern trolling”:  Per Oxford Dictionaries, “the action or practice of disingenuously expressing concern about an issue in order to undermine or derail genuine discussion.”

There’s a deep divide within the US political establishment at the moment over whether the next US Cold War should pit Americans against Russia or China. Iran and Venezuela are dark horse contenders, but ever since the 2003 Iraq fiasco it’s become a lot more difficult to portray smaller regional players as convincing “threats.”

The growing Trump faux-populist wing of the establishment prefers China, at least for the moment, because the faux-populists already have a trade war going with the Chinese, and because they have a temporary “COVID-19 as a manifestation of the Yellow Peril” gravy train of nonsense they can hitch a ride on.

Establishment Democrats and Republicans prefer Russia as perpetual Enemy of the Week because they’re conservative. It’s been Russia most of the time since shortly after that first Elbe Day. Why change horses in mid-saber-rattle? They’re concern trolling Trump because he’s not reading from their script (it doesn’t help that he beat their favored 2016 presidential candidate, another thing they blame on Russia).

So, why not eschew Cold War altogether, relax, and enjoy a long overdue “peace dividend?”

Unfortunately, that’s not one of the options that the “all options are on the table” crowd of “serious people” (read: “Concern trolls whose political and financial interests require constant Cold War”) are willing to even put on said table.

Thanks to  Cold War concern trolls,  world peace remains further away today than it got in April 1945.