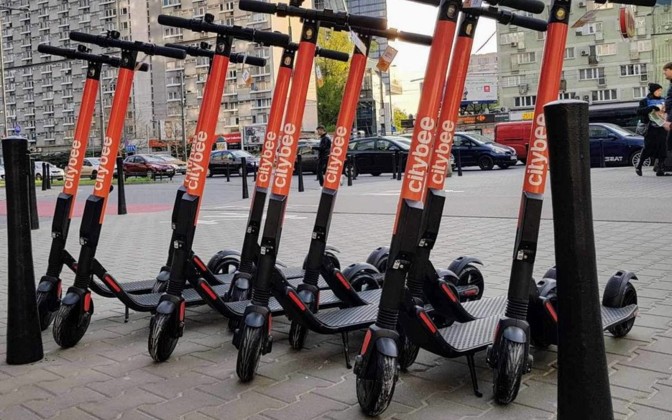 One of two companies to recently roll out electric scooter rentals in Tallinn is to boost their numbers by another hundred, citing high demand.
Citybee, which introduced the service in June, saying that all its currently available scooters get used on a daily basis, with many of them running out of charge before the end of the day, ERR’s online news in Estonian reports.

Renting a scooter requires downloading the Citybee mobile app, which points users towards the nearest rental point, unlocks scooters for use and deactivates them after use, in addition to taking payment.

Citybee says it currently has 10 rental points across the city, with additional ones laid on for this weekend’s Song and Dance Festival.

Taxi hailing app Bolt also launched its own service in June, and employs a very similar method of use. There is also little to choose from in terms of pricing between the two companies, which both charge €0.50 to unlock a scooter, with use costing €0.10 per minute.

The maximum speed permitted using electric scooters, which have become a common sight in central Tallinn since they were introduced, is 20 kph, according to Tallinn City Government.

No additional safety equipment such as a helmet is provided with the scooters at present, though Citybee recommends users wear their own.

An accident on Wednesday involving a scooter user who was under the influence of alcohol has highlighted that drinking and scooting is expressly forbidden.