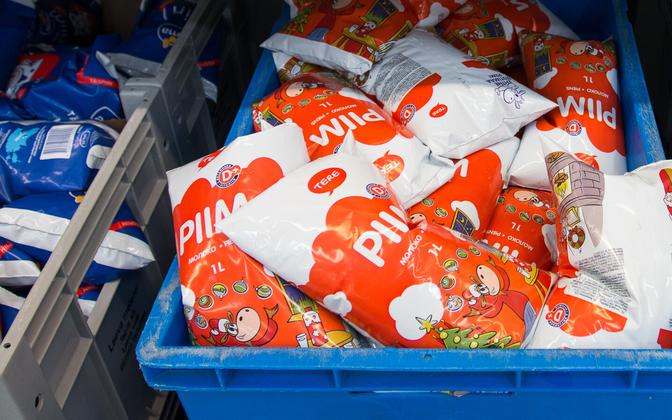 The Chamber of Agriculture and Commerce has made a proposal to establish a lower limit on the price of retail milk, which would depend on how much the merchant pays to the supplier. The Traders Association does not approve of the idea.

The purchase price of milk per kilogram has stayed around €0.3 for years and the price is currently at €0.31. Chamber of Agriculture and Commerce head Roomet Sõrmus told ERR that the cost of milk has also remained around €0.3 in that time.

“But the last year has brought a large increase in the cost of production. Feed costs in particular have risen. And as in other sectors, labor costs is the agriculture sector have increased. So we are speaking of production costs being around €0.32-0.34 nowadays,” Sõrmus said.

Meaning each liter of milk comes at a loss for producers. While looking for a solution, the chamber presented multiple proposals. Sõrmus noted that the state could support milk producers financially, but regulation amendments would also help. He added that labor costs could be managed with the help of foreign labor. But only if the worker does not need to be paid the average wage, but instead a wage 30 percent lower than the sector average.

“We believe this would take the sector’s actual opportunities into consideration and would also consider the capabilities when paying wages. Most people working in the sector are local anyway. And the average wage that has developed is actually the wage the agricultural sector can pay their workers,” Sõrmus noted.

The chamber head considers low purchase prices to be almost as big a problem as high input prices. Milk producers are paid €0.36 per kilogram in the EU, the support is at €0.31 in Estonia. Sõrmus sees that purchase prices are being forced low by the final link in the chain – the low price of milk in stores. One retail chain is asking €0.34 for a liter of milk, two chains are asking for €0.35. Including VAT, Sõrmus emphasized.