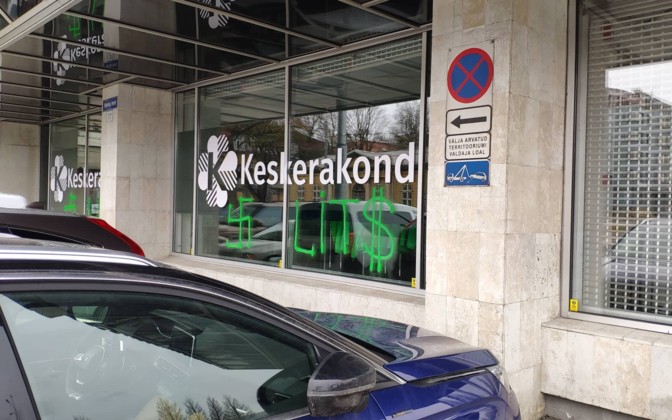 The windows of the Centre Party’s main headquarters on Narva Highway in Central Tallinn were found tagged with swastikas and swear words on Sunday.
Centre Party spokesperson Andre Hanimägi told ERR that this was an act of brutal vandalism, and that the party would without a doubt be contacting the police over the matter.

“I sincerely hope that whoever did this is found and that they are punished accordingly,” Mr Hanimägi said, noting that the party would get its windows cleaned as soon as possible.

“It is very unfortunate that there are such people among us who would draw such divisive symbols in public,” he added.