Castles and manors try to adapt to pandemic-era tourist trade 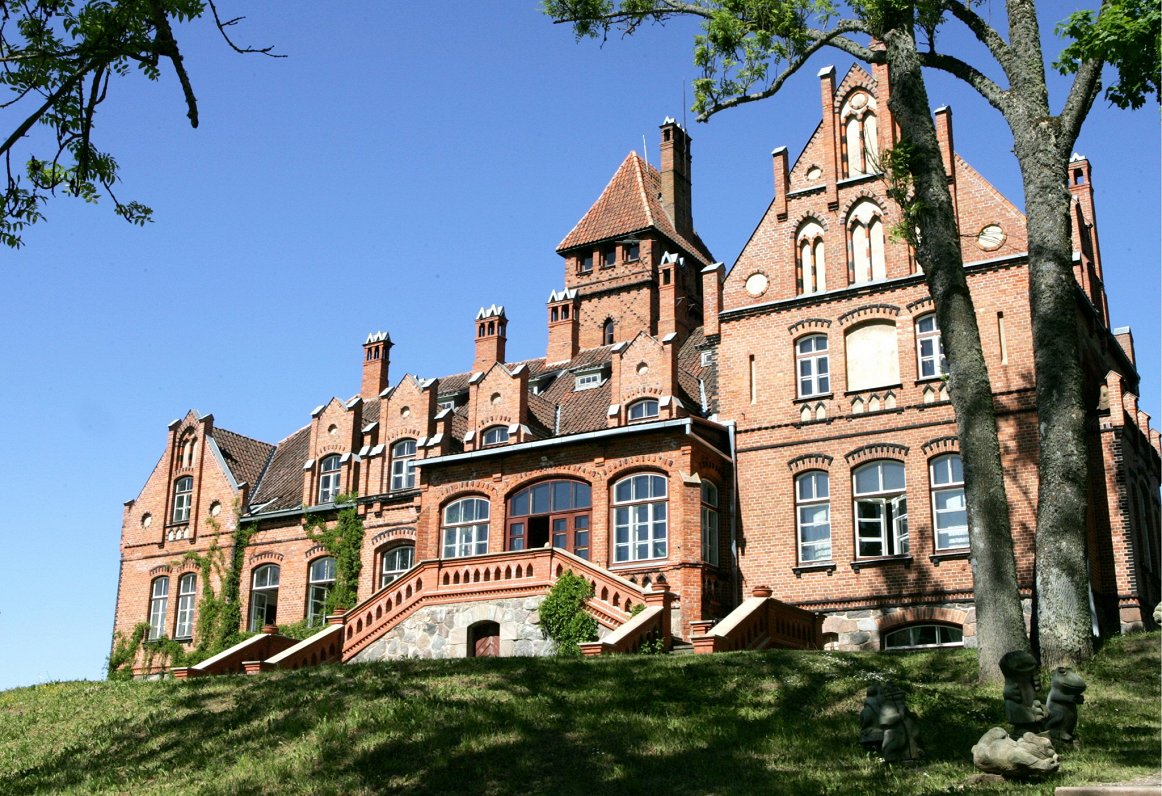 The pandemic has hit the cultural and entertainment sector hard, just as it has hit most other sectors. Therefore, new ways are being sought to allow tourists and others to spend time safely in these conditions at historic buildings. Representatives of several Latvian castles and manors are reorienting their cultural and entertainment offers by taking them outdoors. However, other cultural and historical sites have been forced closed to their doors to visitors.

During the ongoing pandemic, many people are taking the opportunity to visit manor and castle parks. According to Jānis Lazdāns, the head of the Latvian Castles and Manors Association, they need to be arranged so that guests have more opportunities for open air recreation.

“A very small [number], are well preserved. We are talking about allocating European or national funds for the renewal of parks. Benches, shrubs and seedlings could then be put in place, as well as creating additional jobs in rural areas. People would then have a place to go and walk around the manor park. Not as it is now, when there are thickets or some kind of sunken paths, but to make the parks beautiful, for example, as has been done in Potsdam,” Lazdāns told Latvian Radio.

The head of the association explained that the situation with manors and castles in the country is varied.

Those that are in the hands of private owners are fighting on their own with the consequences of the pandemic, but municipal manors and castles are not so big a problem, apart from the fact that plans are not being implemented.

Lazdāns is also the owner of the Padure manor, built in the late classicism style. Subject to safety rules, the manor can only be rented by members of a single household at a time. Nevertheless, demand is high.

The situation is similar in Bīriņi Castle. Its director Solvita Muižniece said that in the current conditions it is possible to accommodate only a few families in the hotel. The castle, built in the 19th century, continues to function, thanks to a large, well-kept park, “along which pass trails and all the historical ponds, and other monuments that have survived. A lot of people come to us to enjoy the seasons – both in winter and now in spring.”

In accordance with epidemiological regulations, wedding ceremonies are also held in the park area. The director explained that the state’s downtime benefit payments also help to overcome the difficulties caused by the pandemic: “It is very good that the state took care and did not leave us in such a complete impasse. It partially saved the business.”

A different situation is evident at another manor, the representative of which refused to comment on how the difficulties are being overcome, only indicating that he is waiting for better times. There are no employees at Arendole manor in Vārkava region, which has been mentioned in historical sources as early as the 16th century. The owner of the manor, Faimja Turlaja, explained that guests are mostly served only in summer, so they do not feel much loss yet.

Baiba Dūda, the director of Dundaga Castle, which belongs to the municipality, said that the biggest problems are the planning of cultural events and the inability to provide services to guests. Only wedding ceremonies are organized in the medieval castle, but without celebrations. The accommodation can only be used by one household.

Duda added – despite the fact that financial difficulties do not affect the castle, the income is very low.

“Picnic places and campfire places were additionally installed. The infrastructure has also been supplemented with bicycle racks and new platforms on the ponds of the manor park,” said the manager of the manor complex Iveta Balčūne, adding that last year the visitors were pleased, therefore it is planned to improve the outdoor area this season as well.

Similarly, neo-Gothic style Jaunmoku Castle serves only individual customers. For example, contactless activities and audio guides are offered to members of one single household. However, as Aiva Logina, a member of the board, pointed out, it is not profitable to work like this: “Working with individual clients is happening, but the fall in turnover is felt.”

There are no celebrations of any kind being held in the castle, although the interest is very high.

“Parks or sightseeing objects are mostly available free of charge. Therefore, by reorienting these services – educational information – to the territory of the park, it is necessary to think quite originally and hard in order to earn income from it,” said Logina.

The representatives of the castles and manors addressed agreed that they are ready to resume full-scale work as soon as it is allowed.