Cash transactions may be limitted to €10,000 in future 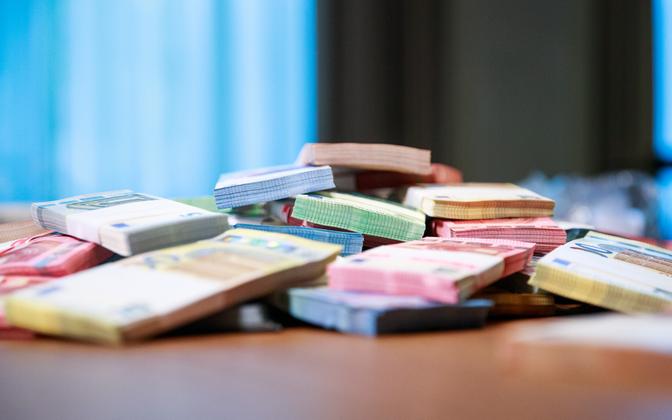 Financial transfers may be capped at €10,000 in the future after the Ministry of the Interior voiced its support for a European Commission anti-money laundering initiative. The Bank of Estonia has hesitations.

If a person goes to a store, makes an expensive purchase and hands over €10,000 in cash, the cashier needs to identify the client in case of money laundering.

However. according to adviser to the Ministry of the Interior Mati Ombler this regulation is of little use to counter money laundering and suspicious activities are rarely reported.

Due to this, the ministry has said it supports the European Commissions’ plan to ban cash purchases of over €10,000 in the future between companies.

Advisor of the Ministry of Finance Sören Meius said that transactions between private people will not be affected by the restriction.

He said that two-thirds of the European Union already limit cash transactions. For example, the limit in Belgium is €3,000 and in Greece €1,500.