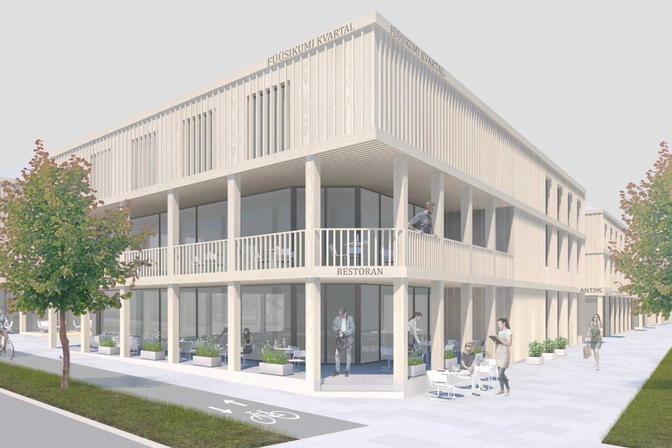 Entrepreneur Neinar Seli is planning a business quarter near the former Physics Institute in Tartu. Seli’s company, Estiko Group, has started to draw up a detailed plan for the project

If everything goes to plan, construction should start in a couple of years, ERR reports. Nine business houses will be built and the Tartu Private School will get a new building as well, local newspaper Tartu Postimees writes.

“We are planning to build business buildings and some of the buildings could easily be an educational institution, a school or a private school,” Estiko Group’s head of development projects Ain Tammvere said, adding that the company will definitely not build any apartment houses, because there are already enough of them in the close region.

Tartu’s Urban Planning and Land Survey department’s head Urmas Ahven announced that the developer has thought about traffic management, and wishes to make a road near the quarter wider to allow public transport, cars and non-motorized transport users passage.

Neinar Seli himself was recently named an honorary citizen of Tartu.

A public competitive process has been organized, with architects Peeter Pere getting the contract to design the development (see cover image).