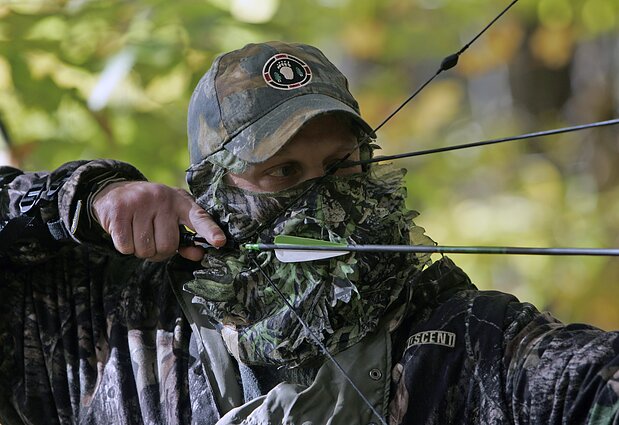 Kęstutis Mažeika signed the decree amending the existing hunting rules on Friday. The document expands the list of permitted hunting methods, allowing hunting with dogs, spotlighting and bow hunting, a practice illegal in Lithuania since 2004.

The decision drew instant criticism from NGOs as well as politicians in the opposition and the ruling coalition.

Mažeika has maintained that he was not aware of the provision and only signed the document that was drafted by the advisory Hunting Council, led by one of his vice ministers.

“The Council approved [of bow hunting] by a majority of the votes and I had no arguments not to sign off on it. I personally did not participate in the discussions. I was simply presented with the issue and told it had been thoroughly discussed,” Mažeika said.

He also insisted that the document he signed would reintroduce bow hunting only in 2022, leaving enough time to discuss the issue with all stakeholders.

However, animal rights activists are unconvinced, saying the measure was pushed through in secret and under pressure from hunter groups.

Previously, the vice minister of environment who heads the Hunting Council, Rasa Vaitkevičiūtė, has been sanctioned by ethics watchdogs for failing to disclose her membership in a hunting organisation.

On Tuesday, Mažeika told parliament members that Vaitkevičiūtė must bear part of the blame and promised to have “a talk” with her and “make certain decisions”.

His spokesman later announced that he signed a new decree that excluded the provision allowing bow hunting.

“With his order, the minister removed the point on bows. It should come into force tomorrow [Wednesday],” the minister’s adviser Justas Jaškonis told BNS.

However, a number of environmental NGOs circulated a public letter for the prime minister and the president on Tuesday, calling for Mažeika’s dismissal.

“We worry that bow hunting was only a distraction and once this item is crossed out and public attention subsides, other no less harmful things will be left in the rules,” said Žymantas Morkvėnas, the head of the Baltic Environment Forum.

Opposition MPs have also demanded that the minister explain his actions in the parliament.

“Hunting rules approved by Environment Minister Kęstutis Mažeika, allowing bow hunting, hunting with dogs and spotlighting, have shocked the incensed the public. […] We demand that the minister give frank answers to the questions that are of interest to parliament members and the society,” Aistė Gedvilienė of the conservative Homeland Union said in a press release.