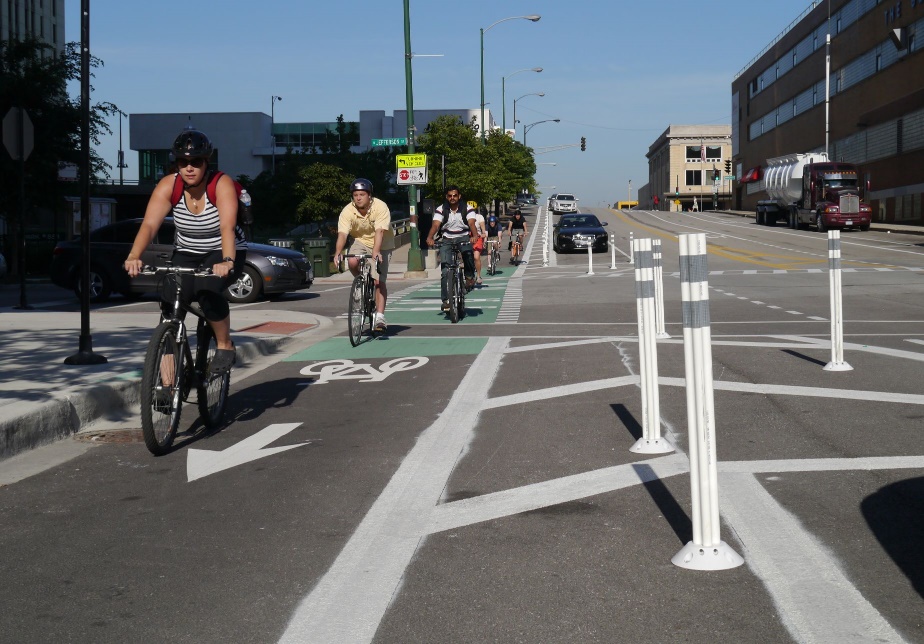 While there are still ongoing experiments in the urban environment, it is clear that plastic poles are here to stay.

Although there was a  storm of opinions about the bicycle lane-separating poles in the city this summer, Jānis Vaivods, representative of the Rīga City Council traffic department, said that the problems were smaller than they seemed at first. “If we are talking about Tērbatas Street, this experiment clearly showed that the technical means of the traffic organization were able to accommodate street traffic, and maybe the congestion was not as huge as it was expected at first,” Vaivods said.

“The summer project was clearly defined to be over the summer. It disappears in the autumn – it was planned and it is also being executed. It’s planned to do something every year. Last year it was Tērbatas Street, which was transformed into a pedestrian street over the summer, this year they are summer streets. This is planned to continue,” said Riga Vice Mayor Vilnis Ķirsis.

Vadims Faļkovs, opposition deputy at the City Council, is of the opinion that these experiments are rather obstacles than safety means.

“Riga is trying to copy something from foreign experience at the moment, without looking into why this or the method is being applied abroad. I try to look at the situation as a whole – the environment may have improved, on the one hand, but on the other, the holes on the sidewalk are still there. I’m walking through the holes, not the flower pots,” Faļkovs said.

While it is unknown what exactly will reappear next year, it is known that Krišjāņa Barona Street will experience a serious transformation, and drivers will not be happy. Cars are planned to disappear from Barona Street, and these changes will be permanent, not just for one summer.

“The traffic department is tasked with preparing a vision by April 1 on how Barona Street will change. In fact, next year the department will introduce a Barona Street of pedestrians, cyclists and public transport. And private transport only to access your properties,” Vaivods said.