Belarus, Latvia expel each others’ diplomats as row over journalist’s arrest deepens 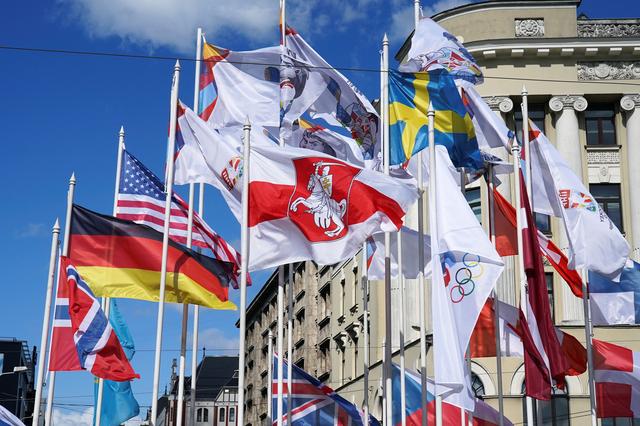 Belarus expelled all Latvian diplomats from the country on Monday, prompting a tit-for-tat response from Riga, as an international crisis deepened over the forced landing of a commercial flight in Minsk to arrest a dissident journalist.

Belarus on Sunday scrambled a warplane to escort a Ryanair passenger jet carrying Roman Protasevich, a journalist critical of Belarusian leader Alexander Lukashenko, in an act denounced by Western powers as “state piracy”.

Belarus’s actions prompted Latvian Foreign Minister Edgars Rinkevics and Martins Stakis, the mayor of Riga, to replace the Belarusian state flag with a historical Belarusian red and white flag – now the symbol of the opposition – in the centre of the Latvian capital, which is hosting the Ice Hockey World Championship.

Minsk had originally been supposed to co-host the tournament with Riga but was stripped of the right to do so because of political unrest following a contested presidential election last August and the coronavirus pandemic.

Belarusian Foreign Minister Vladimir Makei said Riga’s move amounted to “practically an act of international vandalism” and called on Latvia to apologise and return his country’s Soviet-inspired green, red and white flag to its original place.

“For us, such actions directed against a sovereign state and nation are absolutely unacceptable,” the Belta news agency quoted Makei as saying. “We cannot leave such provocative actions unanswered.”

Makei said Belarus was allowing only one Latvian administrative and technical staff member to remain in order to look after the embassy building.

Janis Bekeris, a Latvian foreign ministry spokesman, said the Belarusian move left Riga with no choice but to respond in kind.

Latvia and other European Union countries have imposed sanctions against Belarusian officials in the wake of a presidential election last year, which the opposition said was massively rigged, and a subsequent crackdown on protesters.