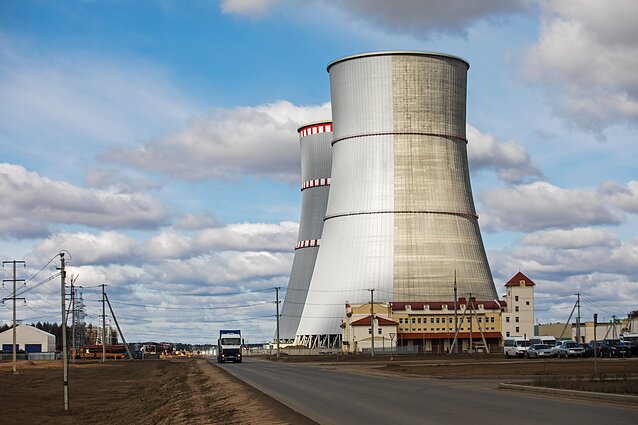 A day after an NGO reported about an incident at the Belarusian nuclear plant, the country’s Energy Ministry admitted that a “need has been identified” to fix the steam covers of the emergency cooling system.

“The need for additional correction of the operation of the steam sound absorbers covers has been identified,” the ministry  said on its Telegram page,  according to Belsat, a Belarusian media organisation based in Poland.

Ecohome (Ekodom), a Belarusian environmental NGO, reported on November 30 that a tank of the emergency cooling system was damaged and imploded “due to an unopened valve”. This followed an earlier  incident when a transformer exploded outside of the reactor just days after the plant became operational.

The Belarusian authorities previously told the NGO that no incident had taken place.

On Tuesday, the Belarusian Energy Ministry claimed that “steam was dropped to test systems”, adding that “the tests will continue in accordance with the planned schedule”.

Irina Sukhy, head of Ecohome, told LRT RADIO that “if this tank collapsed because they forgot to open some valve, it speaks about the qualification” of the workers.

“Now the reactor is working, but the cooling system is not. It is, of course, not the main one, but still,” she said. “Nobody is told about this, all of this is hidden.”

Anti-nuclear activists in Russia and Belarus have previously complained of the secrecy and the slow response in admitting previous construction incidents at the Astravyets NPP.

In previous cases, including when a reactor vessel was dropped and damaged, Minsk made public statements only after the media and non-governmental organisations reported an incident.

Lithuania has been one of the most ardent critics of the nuclear plant built some 50 kilometres from Vilnius.

The country’s officials maintain that the plant built by the Russian state nuclear corporation Rosatom is unsafe, European Union’s recommendations have not been implemented, and the plant was built in violation of international safety standards. Minsk denies all allegations.