Bears return to Latvia – what should you do if you meet one? 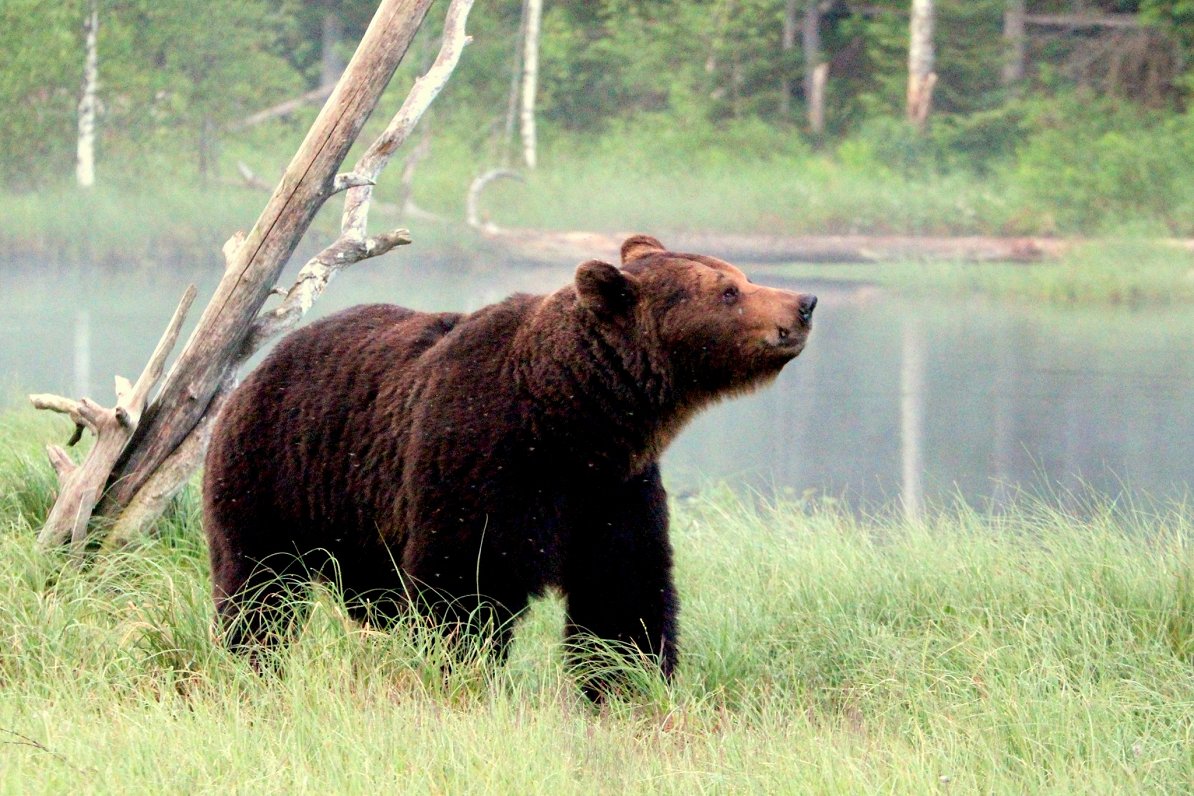 With people increasingly turning to nature for relaxation, the increasing number of reported brown bear sightings is just one of several indications that bear numbers have increased in Latvia, according to the Nature Conservation Agency (DAP) on April 28.

Over the past few weeks people have called in brown bear sightings from Līgatne, Aizkraukle, the Limbaži area and the Madona territory. DAP Environmental Protection Department Director Gita Strode attributes the increase in sightings to more people enjoying nature off the beaten path, as well as the increase in technical equipment such as surveillance cameras.

“Currently in Latvia there are an estimated 20 to 30 bears in the wild, and specialists have assessed that our bear population is slowly returning, but there hasn’t yet been official confirmation that bears are breeding on Latvian territory,” said Strode.

Caged bears can be visited at several locations in Latvia: the Rīga Zoo and its affiliate Cīruļi, Mežvairogi in the Ķekava territory and the  Līgatne Nature Trails  , where you can meet Mikus, Puika and Ilzīte.

There aren’t any records of bears attacking people, but over the past years situations have been reported where they aren’t scared of humans. Two bears were released into the wild from a farm near the Estonian border, and brave bears have been seen to visit truck drivers and ask for food on the Russian border. Bears cause the most damage to apiaries – last year DAP received 27 reports of damage and paid out 20,985 euros, but this year it’s already received 17 reports.