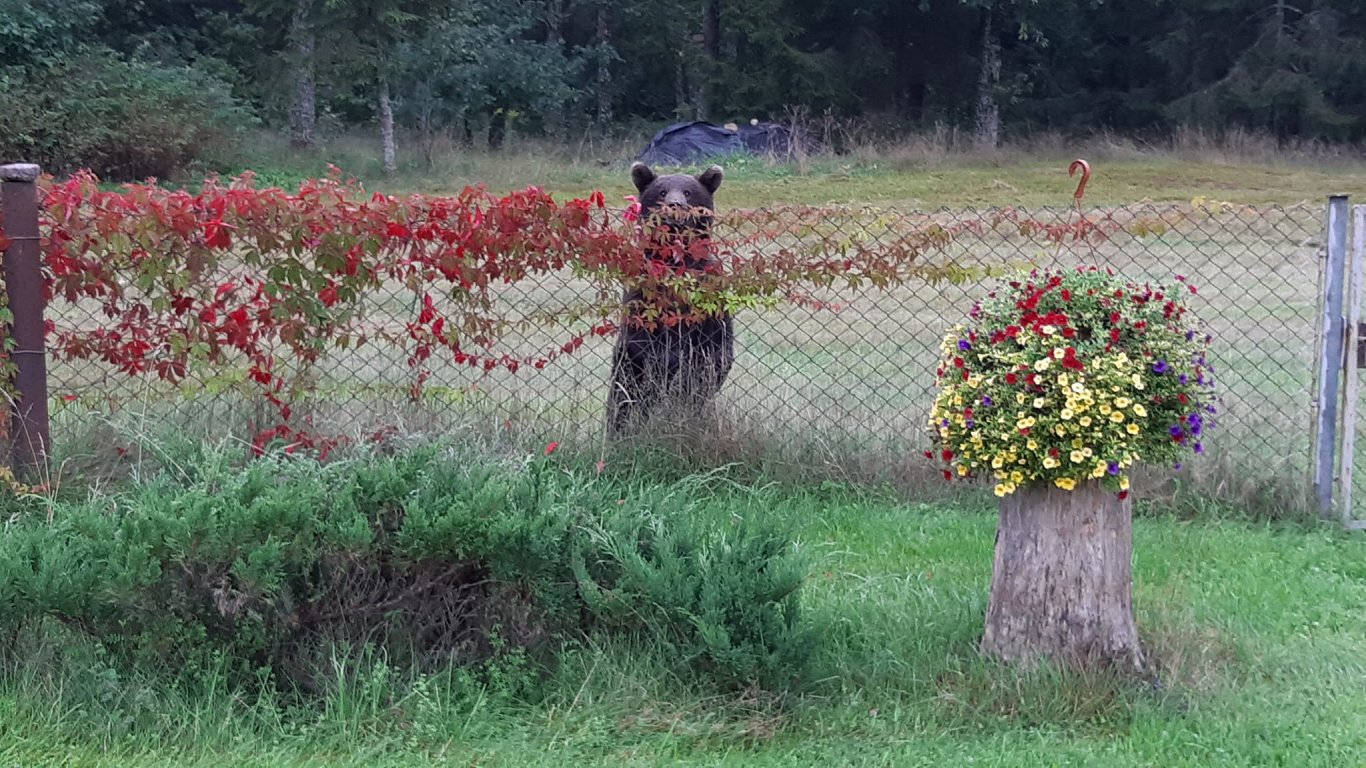 The Nature Conservation Agency (DAP) has granted the municipality of Valka a permit to frighten away the bears rummaging through people’s properties in Vijciems, DAP representative Gita Strode said October 1.

Brown bears are a protected species in Latvia, as a result, using special means is allowed only with the permission of the DAP.

It has  already been reported that two teams of bears are lately causing rubble and trouble in the village of Vijciems. Attempts to shoo them have been futile.

The method of shooting in the air has not worked so far, so a permit has been issued to the municipality of Valka to frighten the animals with light and noise-generating ammunition, firecrackers, or rubber bullets, said Strode. The special means can only be used by the police, not hunters.

Jānis Ozoliņš, lead researcher of the Latvian State Forestry Science Institute, acknowledged that he was skeptical about repelling bears with sound and light. Judging by the behavior of bears, they are not wild. In the researcher’s view, there will be no need to use radical solutions.

“Could eliminate these animals by hunting, as Estonians do. Their annual quota is around 90 bears and the population doesn’t suffer from it,” Ozols said.

The DAP stated that if scaring does not change the behavior, then hunting might also be allowed.