‘Bank of Mom and Dad’ remains open for business across Baltics 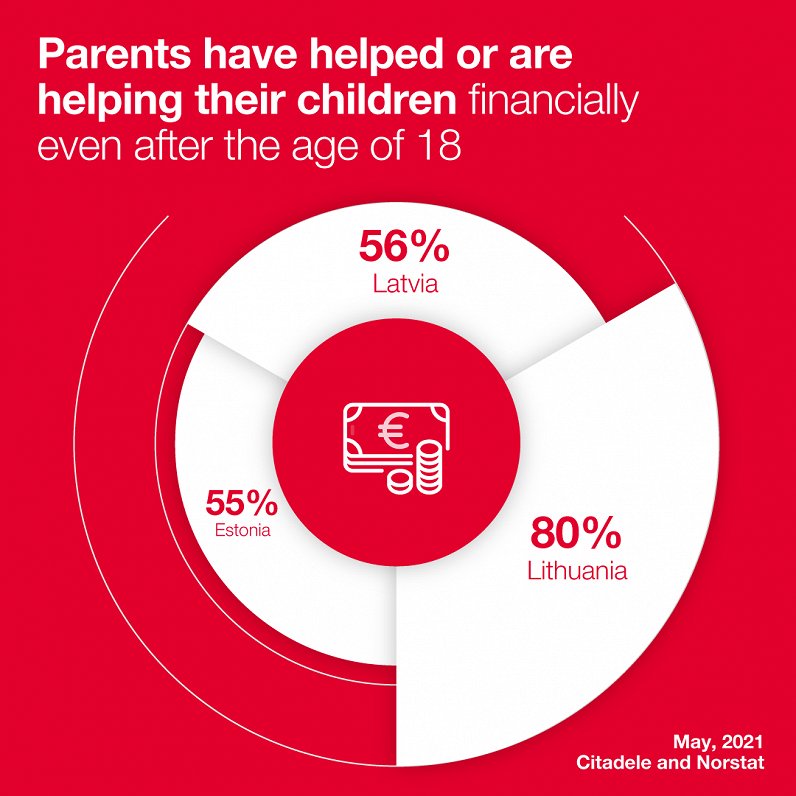 A new survey conducted by Citadele bank and the Norstat research agency suggests 80% of Lithuanian, 56% of Latvian and 55% of Estonian parents support their children financially even after they reach adulthood.

Among the Baltic countries, there are interesting differences in how parents and children support each other financially.

The parents of just 6% of those surveyed had formed savings for their future, which is significantly different from Lithuania, where 31% have received savings from their parents.

The survey was undertaken in May 2021, with a total of 3,000 respondents from the Baltics.